Not Just Eleanor: List of Cars from Gone in 60 Seconds 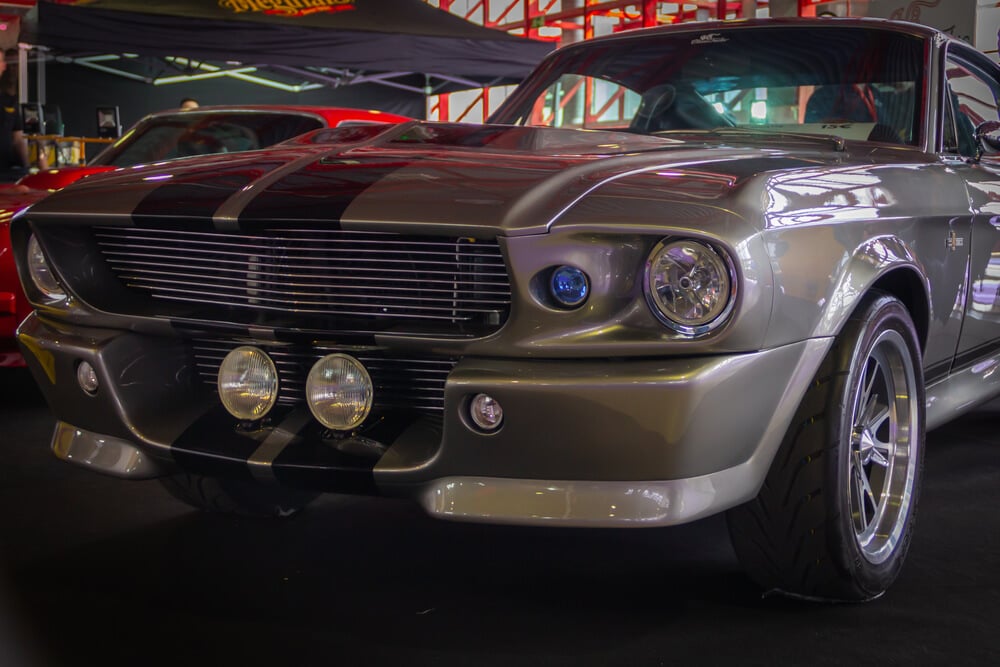 ‘Gone in 60 Seconds’ – the action film classic directed by Dominic Sena, starring Nicolas Cage and Angeline Jolie – is full of fast-paced auto stunts and chases. Take a look at this list of cars used in Gone in 60 seconds, from vintage muscle cars to top-range luxury sports models and, of course, Eleanor!

Gone in 60 Seconds is a 2000-action film about a retired car thief who is forced to steal 50 cars in one night to save his brother’s life. The main character, Randall “Memphis” Raines, is a skilled thief who retired from his criminal lifestyle to lead a normal life. However, his brother Kip is in trouble with a dangerous gang, and the only way to save him is for Memphis to return to his old ways and steal 50 cars in one night.

Memphis assembles a team of thieves to help him with the task, and they set out to steal the cars. Along the way, they encounter several obstacles. There are also quite a few confrontations, including with a rival gang of thieves and a relentless detective who is hot on their trail. In the end, Memphis and his team are able to steal all 50 cars and save Kip, but at a great cost.

The film features fast-paced action, high-stakes heists, memorable car chase scenes, and a helluva lot of cars! Their ultimate prize, though, was Eleanor, which brings us to the question:

What car was Eleanor in Gone in 60 seconds?

In the movie Gone in 60 Seconds, Eleanor is a rare and highly valuable 1967 Shelby Mustang GT500 that Memphis and his team are tasked with stealing. The Mustang is considered the “holy grail” of the group’s car theft ring and the final car they need to steal to complete their mission. Eleanor is owned by a wealthy businessman who has heavily modified and customized the car with advanced security measures.

Throughout the film, Eleanor becomes a central focus of the story, as Memphis and his team go to great lengths to try and steal it. The car is eventually stolen in a high-speed chase scene, in which Memphis outwits the businessman and his security team. In the end, Eleanor is revealed to be the key to saving Kip, as the businessman had agreed to let Kip go in exchange for the car.

But Eleanor is not the only awesome can in the movie; there are 49 other cars too.

The complete list of cars from Gone in 60 Seconds

Our top 5 cars from Gone in 60 Seconds 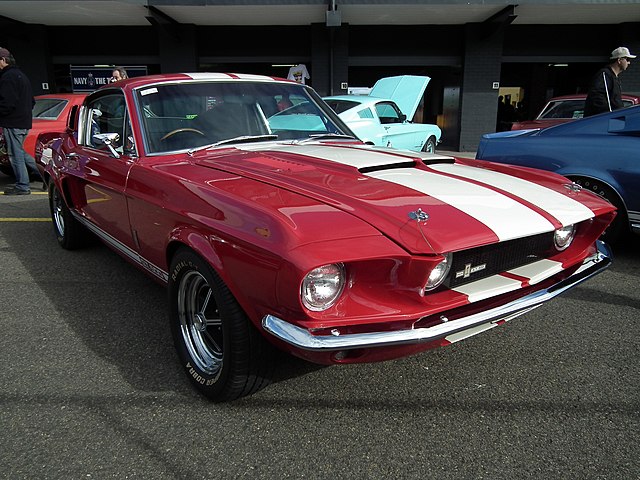 sv1ambo, CC BY 2.0, via Wikimedia Commons

We’ve already mentioned Eleanor from Gone in 60 Seconds above. As the film’s protagonist, this vehicle handled the spotlight with ease. Cinema Vehicle Services constructed 12 Eleanor Mustangs for the film Gone in 60 Seconds. Only three were complete vehicles powered by Ford 427 engines, while the other nine were only shells. When Nicholas Cage’s character clicks the “Go Baby Go” button, it releases a stream of nitrogen oxide and launches the Mustang into hyperspace. What a spectacular scene! 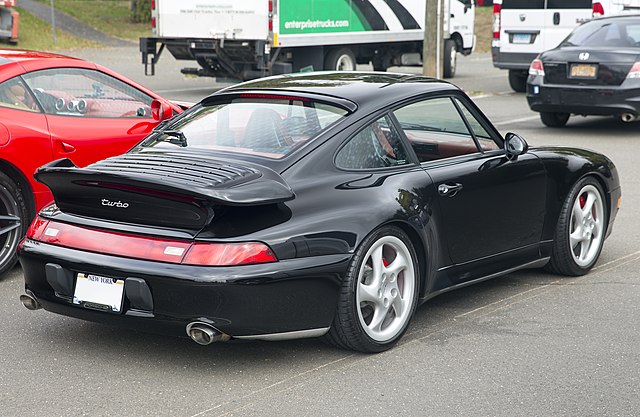 Some may claim that the 993 generation of the 911 is the most significant. This 911 is largely responsible for the 911’s current appearance and layout. Although it was cut from the film, we think it should have made the cut. It’s got the looks, the soul, and the muscle to be the star of a car chase scene or to just sit calmly in a garage. Really, it’s a top-notch automobile, and it comes from modest beginnings. 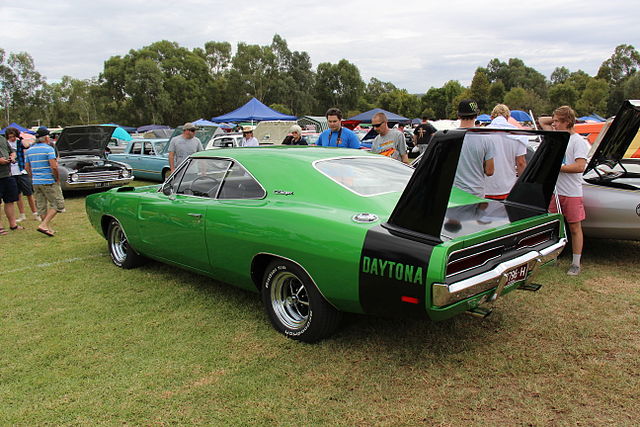 Sicnag, CC BY 2.0, via Wikimedia Commons

The Dodge Charger Daytona has a NASCAR racing heritage with its forerunner, the Plymouth Superbird. The identical rear wing was used to increase downforce for racing. The Charger Daytona might be considered a supercar even before the term was coined. Its sole purpose in life is to take home NASCAR racing victories. Everybody who raced against the Charger Daytona at either Talladega or Daytona got annihilated. When it reached 200 miles per hour on the track, it set a new record for stock cars. From 1969 to 1970, it won six races in a row. Aerodynamic modifications complement its famed 426 or 440 cubic inch “Hemi” V8 engine. However, NASCAR finally ended its successful run by prohibiting cars with specific traits, such as the massive wing these Dodges had. 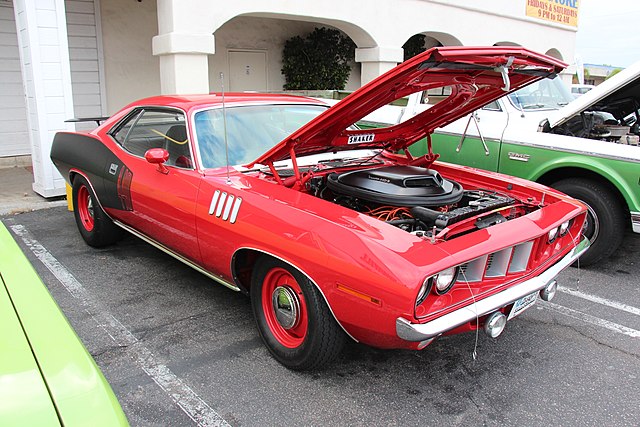 Sicnag, CC BY 2.0, via Wikimedia Commons

Featuring a Panther Pink Hemi Barracuda, one of the rarest colors available for this model, was a brilliant move for the movie. The Cuda, a sibling of the Dodge Charger, was just as powerful as its sibling. For this generation, you could choose from five different engines with outputs between 275 and 425 hp. Interestingly, the Dodge Charger of the same vintage had 4 headlights in all years except 1971, but the Plymouth Cuda only acquired them in 1971. 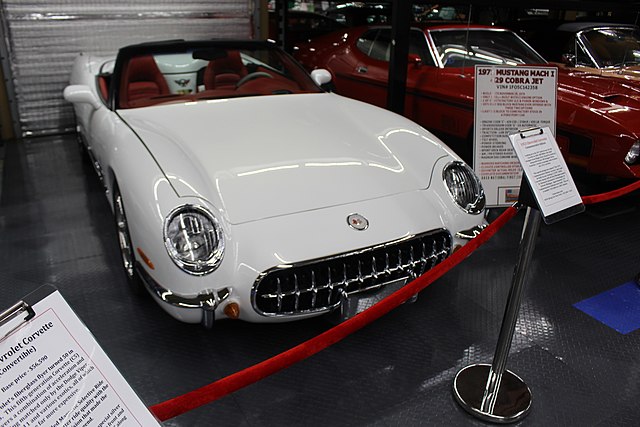 People generally expect a Corvette to be fast, sleek, and imposing. Nothing could be further from the reality in 1953 than this. The exterior of each 1953 Corvette was white, while the interior was red leather. This meant that they gave great care and attention to each one. They were also all unique. It is estimated that just around 200 Corvettes from that year still exist today.

*Note: The images above are for representational purposes only and are not the actual cars used in the movie, Gone in 60 Seconds.

This is not to say that the other Gone in 60 Second cars aren’t all iconic and awesome. They are all pretty amazing in their own ways!

If you own one of the models on our list of Cars from Gone in 60 Seconds, you know you need to take really good care of it and make sure it has all the insurance coverage it needs. Way.com can help you find the right classic car insurance for you. That’s not all; the Way.com Auto Super App, lets you save all your important car documents on the app itself and alerts you when it’s time to renew any of them.

Where to watch Gone in 60 Seconds

Currently, you can watch Gone in 60 Seconds on Prime Video, Apple TV, or Vudu. We checked and did not find the movie on Hulu. Gone in 60 seconds is not available on Netflix either.

How well did Gone in 60 Seconds do?

Gone in 60 Seconds was a commercial success at the box office, grossing over $237 million globally on a budget of $90 million. The film received mixed reviews from critics, with some praising the action and car chase scenes while others criticized the plot and character development. On review aggregator Rotten Tomatoes, the film has an approval rating of 35% based on 159 reviews, with an average rating of 5.2/10.

Owing a car, especially a classic, can be expensive. Luckily, Way.com can help you save up to $3000/year with gas discounts, auto insurance, auto refinance, and more! We’ll also help you find and book the best parking and car washes near you.

Previous Post : « Idaho Driver’s License Renewal: How to Go About It
Next Post : Faulty Engine Lifters: Symptoms and Replacement Cost »