Ford Escape Years to Avoid and Why (& Best Years!)

To this day, the Ford Escape remains a top seller among compact SUVs. They were ahead of their time when it came to body style. But there have been problems with some model years. We’ll go over some of the Ford Escape model years to avoid and the best years in this article. 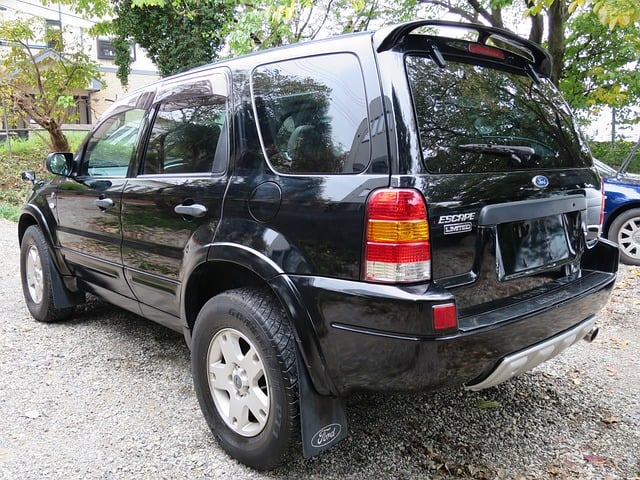 Thinking of buying a pre-owned Ford Escape and want to know which model years to avoid? Then you’re in luck. This article has a lot of ground to cover, as we’ll discuss every possible issue with this SUV.

The Escape has established itself as a go-to on-road family car since its debut in 2000. The current generation of Escape hopes to maintain Ford’s reputation as a reliable and attractive choice in the American market.

About the Ford Escape

Ford’s Escape line of vehicles is a line of subcompact crossover SUVs. The current generation is the 4th for the series, which debuted in the 2020 model year.

The Mazda Tribute SUV is visually similar to the Ford Escape since both were produced by Ford beginning in 2001 with assistance from Mazda.

The Escape is one product that has continued to do well in the United States market despite the end of the Ford-Mazda relationship.  This model is one of the biggest sellers on the market, moving over 250,000 units per year.

Even while the Escape has achieved a legendary reputation, you should know that it is not without flaws. Potential Ford Escape owners should avoid certain years.

While the Ford Escape is an excellent commuter vehicle, several model years have encountered a variety of major faults. Way.com strongly recommends avoiding these Ford Escape model years – 2008, 2009, 2010, 2013, and 2014.

Next, we’ll break down the reasons why these model years are best avoided.

Ford Escape 2005 ranked the worst model year overall and is definitely one to avoid. The following data comes straight from the concerns of current and former SUV owners who weren’t fans of this car.

According to the website repairpal.com, the most common problems in this model are ignition misfires, the check engine light stuttering or not working at all, issues with the internal transfer case due to the 4WD prepared escapes, electrical problems, body and paint scratches, and engine problems.

It is also worth noting that many of those who have complained have stated that similar problems typically occur during warmer weather. They’ve also complained about having to remedy similar problems often, which can be expensive. Avoid this model at all costs.

The National Highway Traffic Safety Administration (NHTSA) has issued recalls for the 2006 Ford Escape roughly five times owing to various faults with the car. Many parts of the 2006 model are prone to breakdown.

This includes issues with the wheel bearings, the power steering (particularly the pumps and hoses), the electronic or air suspension, the anti-lock brakes, the interior and exterior trim, the roof molding, and the brakes. Despite the numerous recalls, this model still has far too many problems. Avoid it if possible, lest you fail the safety test and cause traffic accidents.

This particular model year (2008) Ford Escape is plagued by transmission troubles that can become extremely problematic and expensive to repair. The National Highway Traffic Safety Administration (NHTSA) has issued five separate recalls for this specific model.

Many drivers who struggled with this model felt it was unreliable. Brake failure, broken Anti-Lock Brake System (ABS), squeaky tires, worn ball joints, faulty electrical components, jarring shocks or struts, and a vibrating car are just a few examples of the many problems that might arise. It is still the case that transmission failure is the most typical issue.

Several users have reported hearing strange noises coming from the four-cylinder and V6 engines of their 2009 Ford Escapes, making for an unsettling driving experience. This vehicle’s interior fit and finish have not been upgraded to the same degree.

The National Highway Traffic Safety Administration has issued recalls thrice for the model year 2009. The roof of this model is reportedly a common place for air and water leaks. Failure of the axle bushing could occur well before 200,000 miles. This vehicle is not worth the hassle of repeated repairs, so it’s best to avoid this Ford Escape model year.

You may not have known this, but the NHTSA has issued 16 recalls for the 2013 Ford Escape due to safety concerns (NHTSA). The news is rather alarming. Avoiding this Ford Escape model will keep you safe, as numerous issues plague it.

Electronic issues, such as a broken GPS, communication system, Bluetooth, radio, or speakers, are far more common than mechanical ones. Backup cameras and other sensors seldom fail to function properly, though.

A vehicle’s performance can also be negatively impacted by problems with the exhaust system, such as the muffler, pipes, leaks, or the catalytic converter not working as it should.

Many review websites rank the 2014 Ford Escape as the second-worst model overall, behind only the 2008 model. The National Highway Traffic Safety Administration has issued 14 recalls for this model because of the over 100 complaints it has received (NHTSA).

Most complaints are related to the vehicle’s electrical components, such as a faulty wire, a poorly functioning ignition switch or electronic ignition, a swiftly depleting battery, and so on.

Furthermore, these include problems with the vehicle’s weather stripping, air or water leaks, typically via the roof, a steering wheel that is out of control, sensors and backup cameras that are not functioning, etc.

That seems like quite a bit, doesn’t it? But don’t let these models put you off buying a Ford Escape! It’s not all doom and gloom. There are some very good model years you can buy.

When shopping for a car with plenty of room for passengers and goods, many people choose the 2010 Ford Escape. This car has performed exceptionally well in crash tests, offers exceptional performance, and has several unique and cutting-edge technological features.

Whether you have the standard Escape or the Hybrid Escape, you’ll get bang for your buck when it comes to fuel economy. It’s also much less expensive than the average car. Active Park Assist and Ford MyKey are new options for the 2010 model year.

Finally, it’s worth noticing that this vehicle has an overall rating of 7.6 out of 10 on cars.usnews.com, placing it at No. 16 in the inexpensive compact SUV category for 2010.

If you’re in the market for an SUV, the 2018 Ford Escape is a fantastic choice. The Ford Escape 2011 has a roomy inside and an extensive list of desirable optional technological amenities. Overall safety for this model is rated at 7.7 out of 10 by cars.usnews.com. However, J.D. Power only gives it a 3 out of 5 for reliability.

In addition, you can expect to pay anywhere from $6,900 up to $13,600 for this model on average. However, prices can range from around $9,900 to well over $10,000 depending on the vehicle’s state, the number of extras, and how far it has been driven. This is a fantastic choice and one you can consider purchasing.

Awards in the Affordable Compact SUVs category for 2010 rank the 2012 Ford Escape at 11th place overall. The car’s overall safety rating on cars.usnews.com is 7.7 out of 10. In addition, J.D. Power rates the vehicle’s reliability as a 3, which is above average.

Moreover, you’ll be relieved to learn that this vehicle’s great fuel efficiency results in the industry’s lowest running costs. The Institute for Highway Safety reports that the 2012 model year has the best safety ratings in all accident testing, including the frontal, side, and rear overlap tests. As a result, it is a secure and dependable car to take out on the road.

The 2015 Ford Escape is one of the most dependable options on the market because of its large and spacious cabin, competent handling compared to its competitors, and high dependability rating. The good news is that the 2015 model is a nominee for the 2015 Best Compact SUV for Families award and ranks second in the 2015 Affordable Compact SUVs category.

What’s more, it gets an 8.4 out of 10 safety rating overall. Allegedly, the maintenance needs for this model are minimal, and even if repairs are necessary, they will be less expensive than competing models.

The 2019 Ford Escape ranks high among budget compact SUVs due to its high-quality features. The 2019 model is already noticeable for its unique combination of upgrades and redesigned standard equipment.

This model’s impressive features include high towing capacities, agile handling, high performance, strong engines, a six-speed automatic transmission, and cargo space. The 1.5-liter engine in this model excels in fuel economy. You can take long trips without stressing over whether or not your car will break down.

The 2020 Ford Escape is a great choice because it is one of the newest models, is reasonably priced, and has several convenient options. The Ford Escape has undergone an extensive overhaul for this model year.

Owners of this vehicle say it is a blast to drive and has enough room for passengers and cargo. The excellent infotainment system in this vehicle is user-friendly. In addition, it boasts a cylinder deactivation mechanism that reduces engine output to increase gas mileage. Furthermore, the turbocharged four-cylinder engine will allow this car to accelerate without stuttering.

Getting the best insurance for your Ford Escape

Before taking your Ford Escape out for a spin, ensure it is covered!  If you want to switch insurance companies, Way.com can give you quotes from leading insurance providers in less than a minute. It’s just as easy to switch or even to get your old policy canceled when Way.com has your back!

Previous Post : « How Much Does An Average Car Weigh?
Next Post : Your Guide to Leasing a Dodge Scat Pack »