Guide to New Orleans Saints Home Games at the Superdome 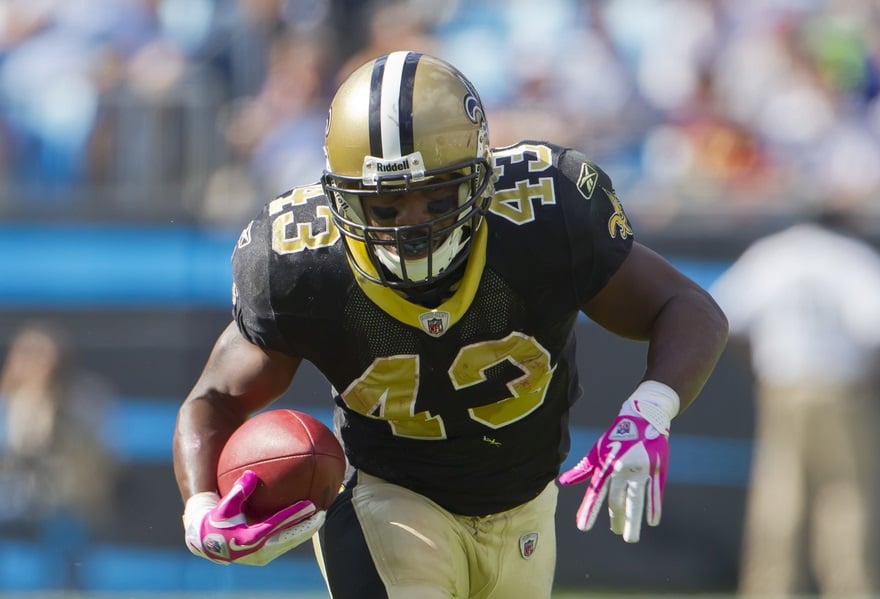 When the Saints go marching into Caesars Superdome for their next home game, you’ll not be worrying about parking or mobile ticketing. Here’s your gameday guide for a hassle-free live football experience at the New Orleans Saints stadium.

The Super Bowl XLIV champions are back at the Superdome for another season of NFL, and we can’t watch to catch the game live. So, here’s a quick review for the new fans:

The New Orleans Saints were founded in 1966. They joined the leagues as an expansion team in 1967 and have played in NFC South Division since 2002. The franchise is named after the hymn “When the Saints Go Marching In” to reflect New Orleans’ jazz heritage.

The Saints were one of the least successful NFL teams for several decades. For 20 consecutive seasons, they did not see a winning record or a playoff spot. But in 1987, they clinched a postseason berth and registered their first winning season. But the Saints’ first playoff win came only in their 34th season (2000).

In the late 2000s, the New Orleans Saints improved their game significantly and made consistent postseason appearances in the 2010s. The 2009 season is their most successful to date – their first and only place in Super Bowl. The Saints are one of only two teams to win their solo Super Bowl appearance.

New Orleans Saints began their NFL journey from Tulane Stadium. Their first home game at the venue was on September 17, 1967 – a 27-13 loss to the Rams. However, the Saints won their last-ever home game at the former stadium on December 8, 1974, against the Cardinals. The now-demolished Tulane Stadium also hosted three Super Bowls – 1970, 1972, and 1975. Currently, a student housing complex, a parking structure, and a recreation center occupy the site.

The Saints moved into the Superdome in 1975 and played every season there until 2004. In 2005, the stadium was a “shelter of last resort” during Hurricane Katrina. The storm damaged the stadium, and it was closed for several months. The Saints used Tiger Stadium, Alamodome, and the Giants Stadium while their home was repaired and restored. A large portion of the Superdome’s outer covering peeled off in the storm. The stadium was fully refurbished before the Saints’ 2006 home opener.

In 2021, the New Orleans Saints had to shift one home game to TIAA Bank Field due to Hurricane Ida.

Caesars Superdome – Home of the Saints

The Saints’ stadium was originally called the Louisiana Superdome. However, the naming rates were sold in 2011, when Mercedes-Benz came on board. After a 10-year agreement, the automaker did not renew the contract, and Caesars Entertainment bought the rights in July 2021.

Caesars Superdome is a multi-purpose stadium and hosts baseball and basketball games too. The Louisiana Stadium and Exposition District owns the stadium, but ASM Global operates it. The Superdome is the largest fixed dome structure in the world – its steel frame covers a 13-acre area.

Seven of the major sporting events that the Superdome has hosted are Super Bowl games. The stadium will host its eighth Super Bowl in 2025. The Saints’ stadium also hosted NFL’s 26th annual all-star game – the 1976 Pro Bowl. The venue has a total capacity of 73,208 (expandable to 76,468) for football games.

In their first regular season opener at Caesars Superdome, the Saints lost 21-0 to the Cincinnati Bengals. They have a perfect record against Jacksonville Jaguars (3–0) and Houston Texans (2–0). However, the New Orleans NFL team has yet to win a game against the Baltimore Ravens at the Superdome.

The first Super Bowl at the Superdome was in January 1978 (Super Bowl XII).

After the stadium was repaired and reopened, the Saints played their 2006 home opener against Atlanta Falcons. 70K fans were at the stadium to watch them win the game 23-3. The return home also marked a successful season, with the Saints advancing to their first-ever NFC Championship.

The home-field advantage at Caesars Superdome has been pretty consistent since the 2006 reopening, and the Saints games draw capacity crowds regularly. As a result, like other domed stadiums, it can get really loud – especially during the visitors’ offensive drives. For example, during a 2009 NFC Championship Game the Saints won, the Vikings players opted to wear earplugs and later trained to play in deafening conditions.

Where is the New Orleans Saints stadium?

Caesars Superdome is in New Orleans’ Central Business District, next to the trendy Warehouse District. The complex is spread over 70 acres, west of the Mississippi River, where the Pontchartrain Expressway and I-10 meet.

Louis Armstrong International Airport is only a 15-minute drive from this location. The Union Passenger Terminal for Amtrak and Greyhound is closer – only half a mile or 15-minutes on foot. In addition, the city’s best hotels and most popular attractions are conveniently close to the stadium.

How to reach the Caesars Superdome?

Driving to the game? Take the I-10 to Caesars Superdome – Poydras Street and Loyola Avenue are the best exists. The street address for the stadium is 1500 Sugar Bowl Drive. You’ll find detailed driving directions to the on-site garages and parking lots here. Use the map below to plan your route:

If you plan not to risk traffic delays and peak gameday parking rates, leave your car further away from the stadium. You’ll find plenty of affordable parking facilities in New Orleans. Download the Way app to find the best deal.

For public transit, the New Orleans Streetcar is the most convenient. Multiple lines run through different parts of the city. For Caesars Superdome, Poydras Street is the closest streetcar stop. It is right across Gate A.

What airport is near the Superdome?

Louis Armstrong New Orleans International Airport (MSY) is only a 15-minute drive from the Caesars Superdome via I-10 W. The stadium is in the Central Business District, around 13 miles from the New Orleans airport.

How do I get New Orleans Saints tickets?

New Orleans Saints tickets and parking passes are now 100% digital. All tickets for home games at Caesars Superdome are available online via the official website and app. However, there is a waiting list for season tickets.

Your mobile ticket comes with a personal Game Plan to make the stadium entry/exit process easier. You can manage your tickets and get more game-related information on the Saints mobile app. However, it is best to download your tickets and parking passes to your phone before reaching the gates to avoid delays due to network issues.

Caesars Superdome has five ticket resolution counters along the perimeter of the stadium at gates A, C, E, and G. Head to these locations, if you face any ticket-related problems inside the Superdome – they open two hours before kickoff and close when halftime starts.

What are the premium seating options for New Orleans Saints games?

What time do the gates open for the Saints games?

All Caesars Superdome gates generally open two hours before kickoff for all Saints home games unless announced otherwise. However, those in Field, 300-level, and 400-level suites can enter through Gate A an hour earlier.

Where is the New Orleans Saints team store at Superdome?

Caesars Superdome has a New Orleans Saints team store on the Plaza Level at Gate B, accessible from Poydras Street. It is open weekdays from 11 am to 5 pm; you can park in garage 6.

Where do you park at the Superdome?

Caesars Superdome has seven public parking garages and two surface lots in total. However, not all stadium parking facilities are available for Saints games. The Champions Garage is usually for season ticket holders only. There are limited spots in garages #1, #1A, #2, #2A, $5, #6, and lots 3 and 4 for New Orleans Saints parking.

Superdome parking lots accept credit/debit card payments only. Limited day-of-game parking spots are available on a first-come, first-served basis only. Make sure to arrive early if you do not have a pre-booked parking spot for Saints games.

ADA/Accessible parking spots are limited; you’ll find these in the ADA East and West parking lots on Sugar Bowl Drive and Garage 1A – Level 1.

RV, Buses, limos, and other oversized vehicles can park in Lot 3. Only limited spots are available on a first-come, first-served basis. Re-entry to Superdome parking lots and overnight parking is not allowed; illegally parking vehicles are tagged and towed without notice.

Where is the best place to park for a Saints game?

If available, the best place to park for any game is at the stadium lots. Fortunately, the New Orleans Saints Superdome has plenty of on-site parking. But not all Caesars Superdome parking facilities allow day-of-game parking. And you’ll spend around $30 – $50 for a spot. Meanwhile, outside the stadium, daily parking rates (for up to 24 hours) are as low as $12.

Off-stadium parking is further away from the entry gates; however, you’ll find these affordable lots within a short walking distance. Parking away from the stadium saves not only money but also time. Additionally, entering and exiting stadium lots and garages is tedious on a game day. On the other hand, outside the complex, you can avoid road closures and crowds.

So, it comes down to your preference – would you rather pay higher rates to park closer to stadium gates or walk a few blocks to save time and money? If you lean towards the latter, we can help you find the best New Orleans Saints gameday parking right here.

Is there tailgating at the Superdome?

Tailgating is not allowed at Caesars Superdome – not at the parking lots or around the stadium. There are no official tailgating areas for Saints home games. However, they’ve got Champion’s Square! All the pregame celebrations begin here – officially.

Champion’s Square is next to the stadium’s Grand Staircase at Gate C on La Salle Street. All ticket-holders can enter this area. The pregame party begins three hours before kickoff and wraps up at least 45 minutes before the game begins.

If you are a fan of traditional tailgating, there are plenty of unofficial options. Won’t be hard to find these spots – for example, check out tailgating parties under the I-10 overpass or on Loyola Avenue. Remember that these are not designated tailgating areas, and parking is first-come, first-served.

While you’ll be free to enjoy any food/drink and avoid other restrictions, unofficial tailgating has many cons. So make sure to reach the stadium gates in time for a smooth entry and find your seats before the game kicks off.

Read: The comprehensive list of all NFL Teams and stadiums (2022)

Previous Post : « Detroit Pistons Games: Fan Guide to Little Caesars Arena
Next Post : VTM-4 Light on Your Honda Pilot: Should You Be Concerned? »