Headers vs. Manifolds: Should You Upgrade Your Car Exhaust? 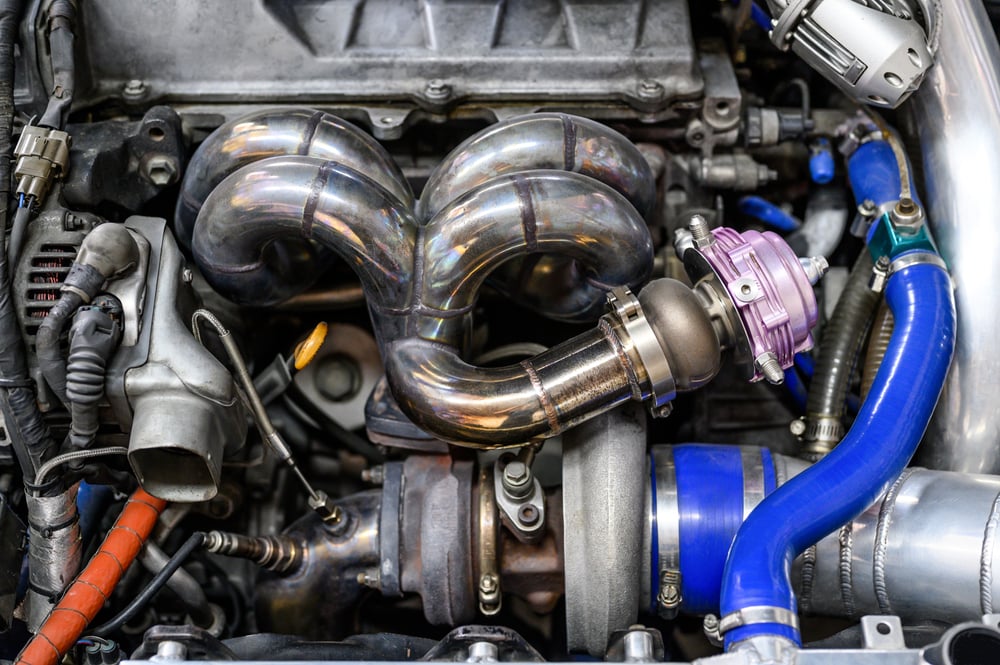 If you own a car, you might have come across terms like exhausts and manifolds, and chances are that you think both are the same. But in reality, they’re not. So let’s do a Headers vs. Manifold comparison in this article and find out which one is right for you.

To start with the basics, headers and manifolds both serve the same purpose. i.e., to help in the process of routing fumes from the engine to the exhaust system. But that is the only thing similar, and they differ in many other aspects. For example, while exhaust manifolds are found in regular commuters, headers are used in high-performance automobiles.

Headers vs. Manifolds: What are Manifolds?

While doing a Headers vs. Manifold comparison in terms of usage, manifold stands first as it is most commonly used in production cars. These are inexpensive to produce in mass numbers and designed so that it stands for a long time. Durability and lower production costs are often the key factors when it comes to original car parts, so that’s not a surprise.

Exhaust Manifolds collect exhaust fumes from the engine cylinder head ports and direct these fumes to the exhaust. These are made of thick cast iron, with short inlets of varying lengths that join together to form a single output that connects to the exhaust. They also have Heat Shields equipped.

Manifolds can be either one or two in number based on the kind of engine configuration of your car. For example, One manifold does the job of straight and inline engines. On the other hand, flat and V-type engines like V8s and V12s need two for optimal exhaust operation. This is because each bank on the cylinder needs one manifold.

As we’ve already mentioned, Headers serve the same purpose as a Manifold, i.e., to help expel fumes from the engine to the exhaust system. But if you compare headers vs. manifolds, you’ll realize that they differ in the kind of material used to make it. Headers are made using thin stainless-steel tubes, resulting in less weight and more room for the fumes to flow than in a manifold.

Due to their peculiar design using lightweight materials, headers create less back pressure on the engine, which helps it breathe freely and churn out additional power. People looking to exploit the full potential of their car engines usually install headers as an aftermarket upgrade. However, you’ll also find them factory-spec in some performance-oriented enthusiast cars.

There are two kinds of headers, namely Shorty Headers and Long-Tube Headers. Installing shorty headers helps improve the performance in low to mid-range RPMs. Long-Tube Headers help improve high RPM performance, usually on track-spec cars. Make sure to do headers vs. manifolds comparisons to identify if you really need one.

Headers vs. manifolds: difference in sound

Headers and exhaust manifolds are distinctive not just in terms of performance but also in terms of how they sound. Manifolds made of cast iron are thicker and absorb more exhaust noise resulting in a much quieter cabin. However, headers absorb much less sound since they have thinner steel walls. So, if you love the engine scream as you cruise, you know what to get. Headers will surely attract attention as you cruise down the street with the kind of noise it produces.

Should you get an exhaust upgrade?

Now that you’ve gone through the headers vs. manifolds comparison, we’ll add that getting an exhaust upgrade totally depends on your need. Manifolds are the way to go if you see this from a utilitarian perspective. They’re cheap, can take a beating, and are simple to set up. Exhaust manifolds do not provide as much boost as headers, but they are more dependable in the long term.

If you think your car can do better with some mods, exhaust upgrades like headers are a good option to start with. Make sure you go with dependable brands like Borla, Flowtech, aFe, Pacesetter, or Kooks. Also, make sure that a good mechanic installs it for you.

However, there is no pack of cards without a knave, and you’ll have to bear the consequences of the lack of a heat barrier and the increased noise that comes with a header. In addition, you may also be penalized for local law violations. So, keep an eye on them too.

Previous Post : « The Guide to Make a Drift Car in Forza Horizon 4
Next Post : Who Is the Actor in the Liberty Mutual Commercials? »