Let’s Talk Small Electric Cars: Why You Should Get One! 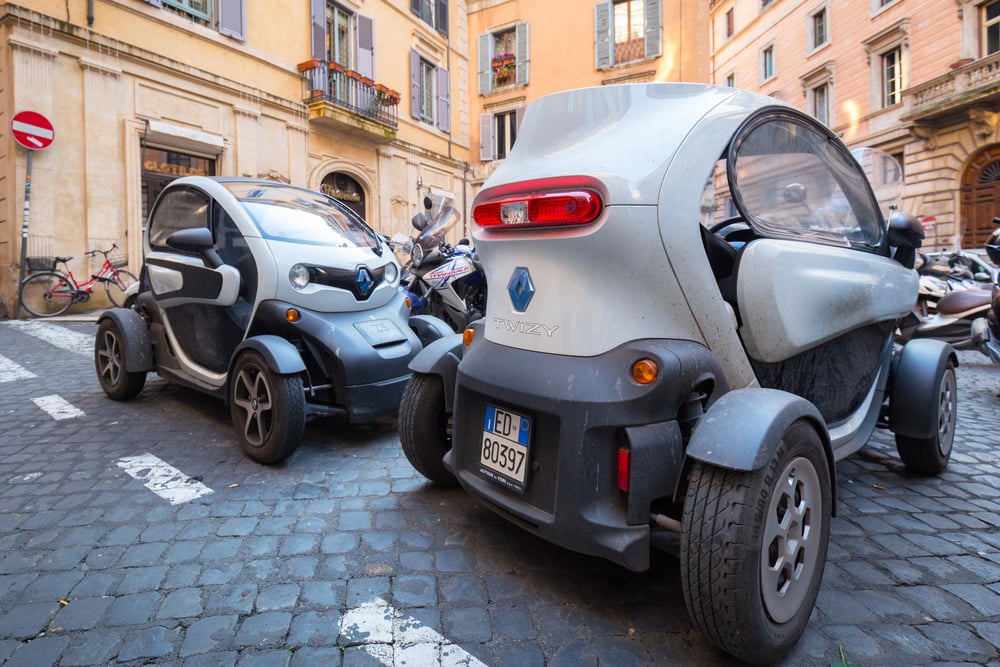 People are always in two minds about buying small electric cars. However, the recent rise in fuel prices has generally changed the hesitant attitude towards EVs. As a result, the percentage of people considering switching to EVs and the actual sales of electric cars are at an all-time high in the United States.

Let us address the elephant in the blog. Are small electric cars just smaller in size, or are they just cheap? Well, Both. You can expect a small frame with two seats without many features, unlike a full-fledged Kia EV. Similarly, you can imagine a car you can get for a much lower price than a Chevy Spark.

More: Kia Electric Vehicles Are Set to Make Waves in the US Market

NEV or the Low-Speed Vehicle (LSV)

According to the federal restrictions, the NEVs can only have a top speed of 25 miles per hour. So that is what the manufacturer will be providing you with, but you can make amends to speed it up to 35 miles per hour, but security requirements will also need to change.

Who should buy a small electric car?

If you are someone looking for an introduction to the EV world and do not want to break the bank, small electric cars are the way to go. But since the vehicle itself is small, there will be less space to house the batteries. Smaller batteries mean a smaller range, and that is why small EVs are cheaper.

Since the range is a deciding factor in buying an EV, smaller cars are best suited for predominantly city drivers. However, you can use them for short trips to nearby shopping destinations or schools without much trouble. Smaller electric cars are also easier to park as they take up very little space.

You can also choose a small EV as a second car for your conventional fuel vehicle. By doing this, you will help contribute to reducing emissions and staying away from the fuel charges. Many have tried this to get a feel for the EVs and slowly change their primary vehicles into a hybrid or fully electric model.

What are the uses of a small electric car?

Small electric cars have very limited battery backup compared to their much bigger (and powerful) counterparts. As you read above, smaller cars are best suited for city dwellers and shorter journeys. Many NEVs are being used as golf carts as the traditional ones struggle to reach at least 20 miles per hour.

Small electric cars play a major role in the tourism sector. You can also see a few of them in parks as mini food ‘trucks.’ Beach police and Lifeguards have also used LSVs as an emergency vehicles to get to places through the sand. Police departments across Europe are making use of them also. It takes much less space to park and has very few repairs, resulting in its popularity.

What are some of the smallest cars in the EV segment?

There are a few contenders for the smallest electric car title, including the Citroen Ami and Smart EQ ForTwo. The latter was one of the first names in the US market, but most of its sales involved the gasoline model. The Smart brand left the US in 2019 because of a major decline in sales.

The Citroen Ami is also small and cheap and has not come to the US yet. However, since the release of the mini EV model in 2020, Citroen has managed to sell around 22,000 cars. A major part of the sales happened across Europe, Turkey, and the country where it is made- Morocco.

Citroen Ami has a 5.5 kWh battery pack to power a 6 kW electric motor. The two-seater Ami is best for city drives and has a range of 44 miles. It can hit a maximum speed of 28 miles per hour, which is more than enough for neighborhood drives or dropping your kid to school.

Two seats, futuristic looks, and small size- that pretty much defines the Twizy. Released in 2012, it has gained popularity in Europe, where it is considered a heavy quadricycle. At first glance, you will think it is an ATV.

A 6.1 kWh battery powers it, and you can get a range of about 50 miles. At a top speed of 50 miles per hour, this small electric car is not suitable for American roads. It is currently sold in Canada and Mexico, and maybe Renault will rethink sales in the US soon.

More: Here Are The Best Electric Cars of 2022

Yes. Most US states have properly defined regulations about electric cars. Even golf carts are not allowed on US roads unless the state administration or corresponding parking authority allows them. You cannot just drive a Chinese imported mini EV car on US roads as they do not satisfy the rules.

For the LSVs, the Department of Transportation specifies each vehicle must have a certain set of requirements. For example, each LSV must have seat belts, an EV pedestrian warning system, specific windshield glass, and backup cameras. Apart from these basic certifications, there is not much testing needed. There is no need for crash or brake testing for a vehicle that reaches a top speed between 20 and 25 miles per hour.

Electric cars have been talked about a lot, and most of the models cater to a specific section of the general public. Small electric cars offer a way for people with economic restrictions to wet their feet in the EV segment. But one must make sure the car they buy promises to satisfy their specific needs.

You can expect new small electric cars to be announced in the coming years. Companies have realized the importance of this segment of cars in major industries like tourism, health, and entertainment. A vast array of companies and start-ups in the US, Europe, and Asia can bring a change in the mini electric car section of the EV market.