Lewis Hamilton’s Cars: A Sneak Peek into the Champion’s Garage! 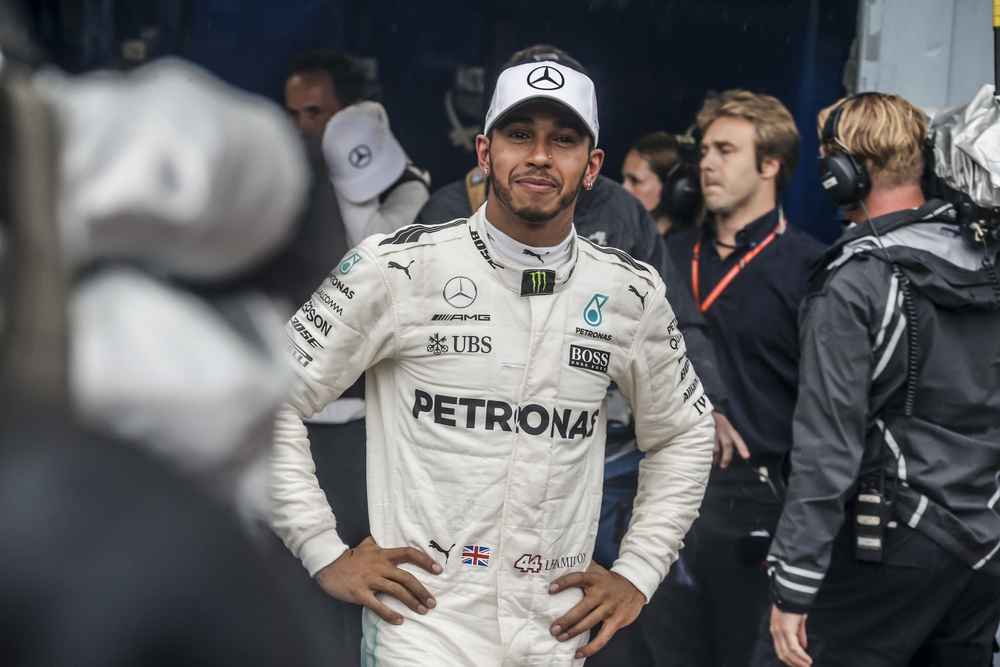 It is no secret that F1 drivers are paid quite well for their efforts. Especially when they are multiple championship-winning drivers, thus, it comes as no surprise that they spend all their earnings on some of the top cars you can buy in the world. Today, we’ll have a look into some of the multiple F1 champion Lewis Hamilton’s cars.

Lewis Hamilton needs no formal introduction. He is one of the greatest in Formula 1, clinching the championship a record-equalling seven times, only missing out on a record-breaking eighth in the 2021 finals in Abu Dhabi. He enjoys going on a spin on his personal set of wheels as much as driving his race-ready Mercedes down the circuit and bringing home many trophies for the Mercedes AMG F1 team.

The Lewis Hamilton cars collection features some of the world’s most sought-after supercars. Even though Lewis doesn’t drive most of them anymore owing to his growing environmental concerns, the fact that he hasn’t sold them off reinforces his love for these coveted set of wheels he has acquired over time.

What are some of the best Lewis Hamilton Cars?

Vintage to modern cars features among the Lewis Hamilton cars collection across Los Angeles and Monaco. Some of the notable mentions are:

We must say that an American muscle car has found a prime spot within the British icon Lewis Hamiton’s cars collection. The 1966 Shelby 427 Cobra is the classic beauty of the bunch and also the most valued for its rare nature.

The Cobra 427 is an exquisite amalgamation of a Ford V8 Engine and a British-designed lightweight AC Ace body. This combination helps the Cobra produce 427 hp using its Ford V8 engine, which propels the car from 0-100kmph within over four seconds, giving modern-day cars a run for their money.

A Ferrari in Lewis Hamilton Car Collection? The 2018 Ferrari LaFerrari

Yes! You heard it right. The Mercedes driver has not just one, but three LaFerrari’s in his collection. This Italian supercar worth $1.45 million has a 6262cc V12 NA engine that churns out a whopping 949 horsepower at 677 Nm of torque.

Given that Ferrari has only sold 499 LaFerrari supercars, its exclusivity is easy to see. In addition, the fact that Lewis has three of them out of this makes our jaw drop in awe.

McLaren P1: One from Lewis’s ex-team

Lewis Hamilton started off his F1 career with McLaren in 2007. Thus, he is no stranger to McLaren’s famed driving dynamics, which made him add one to his car collection in the form of P1. This $1.15million worth a car, produced in limited numbers, can produce 903 horses from its 3.8L V8, with a recorded top speed of over 216 miles per hour.

Hamilton’s love for McLaren is evident from the fact that he has not sold his P1 despite changing his team allegiances. This solidifies the McLaren P1s stature as one of the best drivers can in the world. It is also regarded as one of McLarens finest cars to date.

This $4,290 worth of Mini Cooper, which is also Lewis’s first car, is possibly the cheapest car in the Lewis Hamilton Car collection. However, it is not only the cheapest but also the most gas-efficient car in the collection. In addition, it serves as a good daily driver for the kind of practicality and agility it offers. The Cooper is also a fitting addition to Hamilton’s British legacy.

Which are the Mercedes cars among the Lewis Hamilton Cars collection

Lewis drives for the Mercedes-AMG Petronas F1 Racing team and has won many laurels for them, so it is no surprise that he owns some of the rarest Mercedes cars that even the richest may find difficult to afford. One such is the Mercedes-AMG Project One.

This 1063hp plug-in hybrid supercar, in whose production Lewis was directly involved, has clocked a top speed of 217mph. However, only 275 units of the $2.72 million Project One would be released. One of them had already found its spot among Lewis Hamilton’s cars collection, even before it was released to the public.

The SLS AMG Coupe Black Series is another Mercedes that has found the love of Lewis Hamilton. This extremely capable car with a V8 engine churns out 622hp, which propels it to a top speed of more than 195mph.

Even though Lewis no longer owns a Pagani Zonda, we felt compelled to include this ultra-exclusive supercar on this list. The Zonda, worth more than $2 million, was made exclusively for the Lewis Hamilton cars collection. It has bespoke features like a purple interior and exterior finish and a manual gearbox instead of the regular sequential gearbox.

Although the car was capable enough to propel itself to great speeds with its V12 engine, Lewis let go of the Zonda for its terrible handling, which even led him to an accident in 2015.

More cars = more expenses. Save on your car expenses with Way.com

Now that you have a glimpse into the Lewis Hamilton cars collection, it’s time to look into your own. Having auto insurance can protect you from the financial ruin caused by repairs, towing, and other expensive mishaps. Don’t worry! Way.com can help you save money on your auto insurance. So, what are you holding out for? Get your free quote right now.

PS: The images used are representational. They do not belong to Lewis Hamilton’s actual car collection.

Previous Post : « What Is CLEAR at the Airport and Is It Worth It?
Next Post : Electrical Panel Replacement Costs: The Complete Guide »