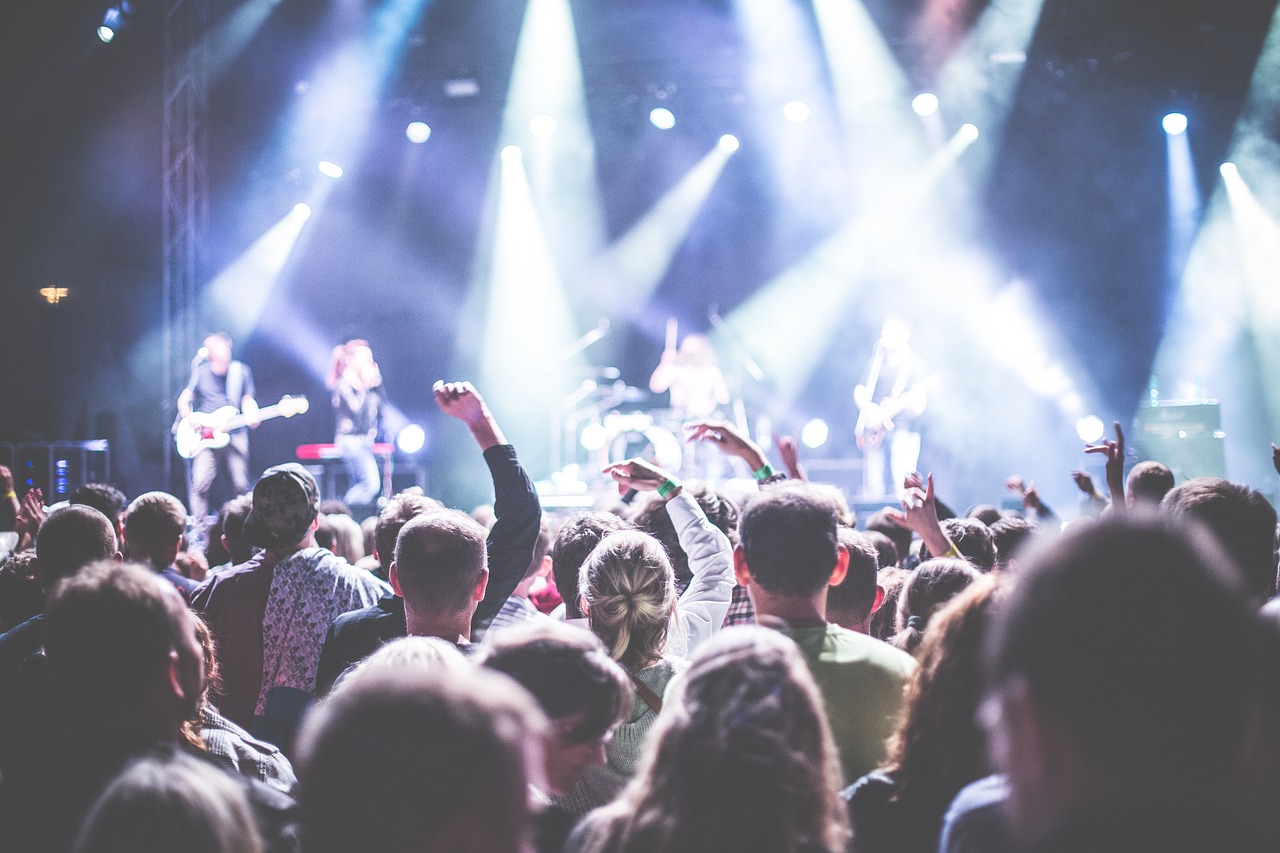 Remember the last time you were at Coachella, arm around your BFF as you groove along to ‘Step‘ by Vampire Weekend? Being able to watch the country’s hottest acts in the flesh might not be back for a while, with a slew of big names in the usually crowded live concert calendar either pulling out or postponing their events. 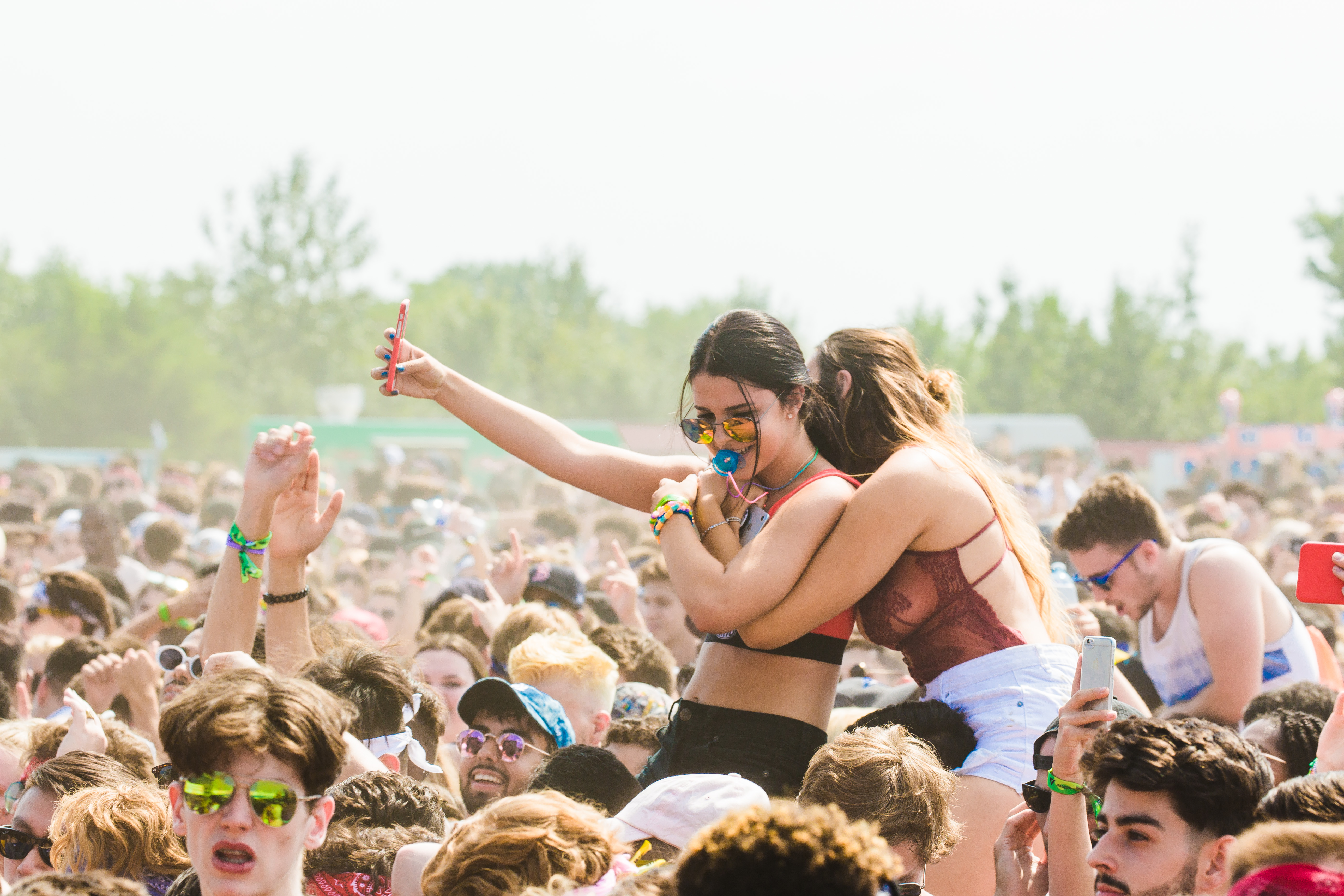 It’s no surprise that the entertainment and music industry is keeping things on hold. The impact of the COVID-19 pandemic can be seen all over the world now – from the Summer Olympics being canceled (something that hasn’t occurred since World War II), and over 7 million people confirmed to have COVID-19 as of last month. In the U.S., major sporting events, films, TV shoots, and concerts are on the back burner for the moment – either being canceled altogether or rescheduled/postponed.

It was only a matter of time before some of the biggest names in the music industry released cancelation announcements for some of their highly hyped tours for 2020. All of Billie Eilish’s 2020 concerts now stand suspended, while pop-rock sensation Harry Style’s Love on Tour and Taylor Swift’s Lover Fest recently made announcements stating that they’re pushing back their concert dates. What’s more, the biggest event in the rock industry, the Rock and Roll Hall of Fame induction ceremony, has been kept on hold indefinitely. This year’s inductees included stellar artists like Whitney Houston, the Doobie Brothers, Depeche Mode, Nine Inch Nails, and Notorious B.I.G. “Our first concern is to the health and safety of our attendees and artists and we are complying to the direction of the local and state authorities and common sense. We look forward to rescheduling the ceremony and will make that announcement at the earliest convenience,” said Rock and Roll Hall of Fame president Joel Peresman in an interview to Rolling Stone Magazine.

Here’s a look at some of the popular music festivals and events that have closed their doors due to the coronavirus pandemic. 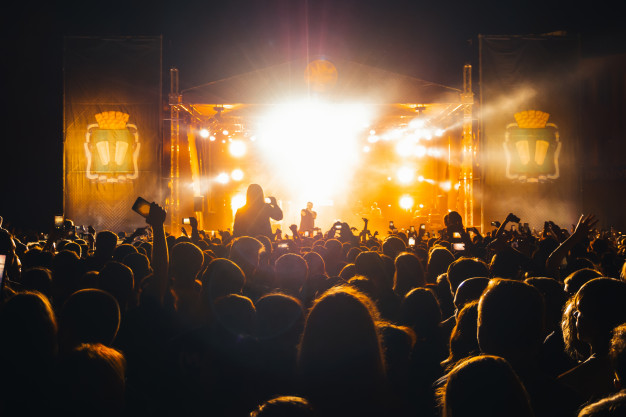 Any other year would have seen the events and live concert industry thriving at the moment. A majority of host cities, towns, and businesses depend on the festival season for a sizable chunk of their revenue for the year. South by South West (SXSW), Austin’s most prominent multimedia festival, shut down operations for the first time only a week before they were scheduled to begin. Besides the canceled musical performances, a slew of workshops and panel discussions that typically employed freelancers like journalists, music, and film critics, vanished practically overnight. Roland Swenson, one of the festival’s co-founders, had this to say about the future of SXSW in an interview to the Journal last month – “We are planning to carry on and do another event in 2021, but how we’re going to do that I’m not entirely sure.“

Music lovers all over the world were let down after finding out that Coachella Valley Music and Arts Festival won’t take place this fall season, making it the first cancelation of the much-talked-about event since 2000. The original April dates were pushed to October as soon as word of the coronavirus hit. Organizers, in conjunction with local authorities, said the decision keeps the community’s best interests in mind. Fourth District Supervisor Manuel Perez said that the move was a no-brainer. “After consulting with our public health officials and local leaders from the City of Indio and Goldenvoice, and with continued importance on public health, it was decided that postponing the concert series was appropriate and necessary,“ he said. Others like bioethicist Zeke Emanuel, director of the Healthcare Transformation Institute at the University of Pennsylvania, feel that an October date is highly unlikely. “When people say they’re going to reschedule a concert or graduation event for October 2020, I have no idea how they think that’s a plausible possibility. I think those things will be the last to return. Realistically we’re talking fall 2021 at the earliest.”

The ever-popular Chicago event that’s used to seeing massive crowds turn up year after year at Grant Park is now rescheduled, although organizers have found a few workarounds. Instead of an in-person gathering, Lollapalooza will soon become a digital event, where music aficionados can stream online footage from the event’s archives, along with live streams from concerts in and around the Chicago area.

Physical venues are a long way away from opening up their doors, forcing organizers the world over to look for alternatives to satisfy festival-goers. Embracing new technology seems to be one viable option. With the use of Virtual Reality gaining prominence, organizers of the Shangri-La section of the U.K.’s Glastonbury Music Festival have announced that they intend to let attendees immerse themselves completely, thanks to VR. Using VR headsets like Oculus Rift and HTC Vive will allow users to be smack in the middle of all the live music action, all while maintaining social distancing rules. Prominent artists like Skream, Fatboy Slim, and Carl Cox have shown their support for this move by associating themselves with the event.

Some of the biggest names in the music industry are helping pave the way forward for future concerts, with impressive results. The world’s hottest South Korean boy band, BTS, raked in a whopping $18 million recently when they put on a virtual concert titled Bang Bang Con: The Live for their fans. With over 750,000 people tuning in to watch their favorite K-pop group, the concert broke records when it came to ticket sales. Fans were given unprecedented access to watch the BTS concert that was being streamed on six screens simultaneously, with concert attendees being able to choose between wide-angle and close-up shots of their famously well-choreographed dance sequences. It wouldn’t be surprising to find that this could be the way we witness concerts going forward in this post-COVID world. 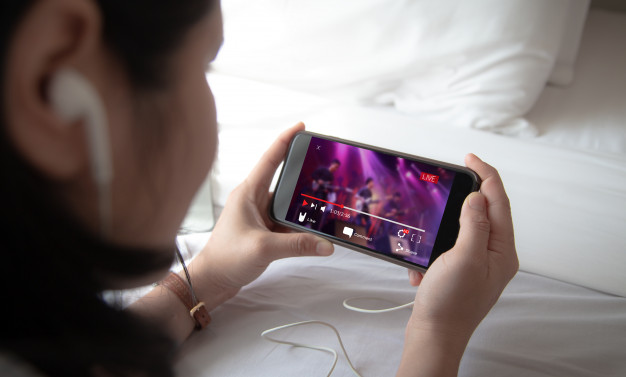 Digital venues offer another novel approach to tackling the lack of live stages to perform on. Aux Chord, a live streaming venue, is one such venture that promises top-quality audio and visual production via live streams. The concept is the brainchild of Trey Anastasio Band’s saxophonist James Casey. Music enthusiasts can access the digital venue that will have ticketed live streams on offer. What’s more, Casey claims that the enterprise is curated and designed by musicians for musicians. “I doubt we’re the first to do this, and we definitely won’t be the last, but hopefully this can be a positive thing for the artists at large,“ said Casey in a statement to Live for Live Music. “The goal of Aux Chord is to supply a place for the music community to continue to grow and thrive and supply a place for music fans to be able to see great live music with great picture and sound,“ Casey added.

How you as a music lover can help artists

Merch, merch, merch! Sure, hugely popular artists like John Mayer and Kanye West aren’t going to gain much by selling merchandise at this time, but this is going to help lesser-known artists in a big way. Most of these artists survive on a gig-to-gig basis – with social distancing in place and no venues to accommodate them, now is the time to pick up your favorite band’s t-shirt, tote bag, or special edition vinyl. 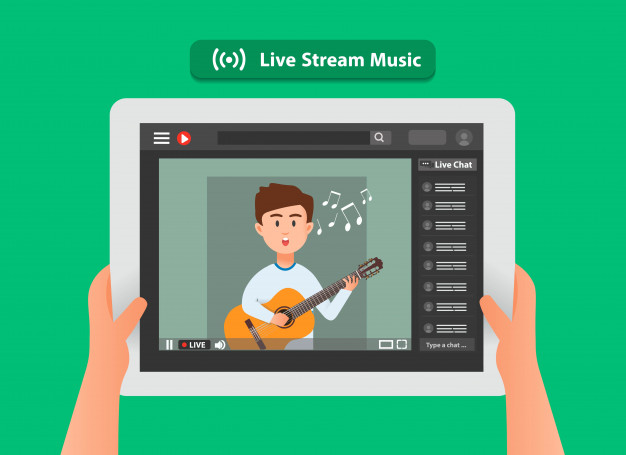 Hold on to your tickets! Although it might seem tempting to claim a refund on that festival pass, it’s quite likely that almost all of the rescheduled events will take place as soon as authorities deem them safe. Ticket sales not only help support the artist but also go a long way in sustaining services provided by the support staff that includes sound and light technicians, tour managers, and roadies.

Share the music and spread the word! With all this time spent at home, it makes perfect sense to introduce other people to your favorite group or act! Tag the artist on your Instagram and Facebook feeds and posts, share their album art, and live clips of their act! Spreading the word will not only help artists sustain their social media presence, but it also ensures that their streaming revenue counters keep ticking!

Looking for more parking options in the city? Way has you covered!

Get online or book your parking space through our iOS or Android apps now!

Previous Post : « What to do on your next layover: 8 ways to make the most of it!
Next Post : 10 Things to do on a layover at San Francisco Airport » 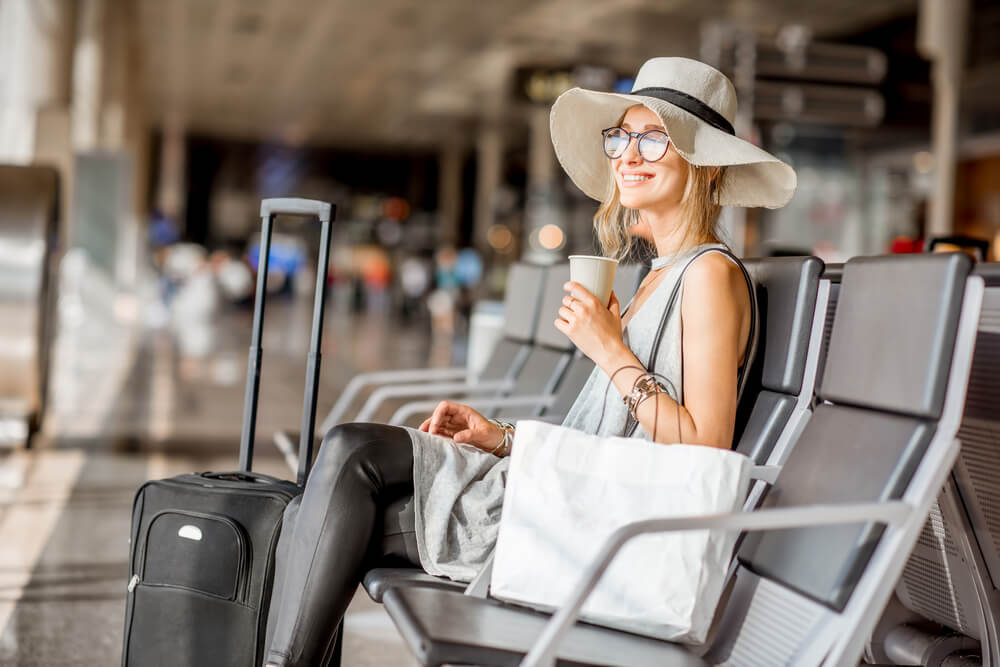 Exploring the Shops and Stores at LAX Terminal 6 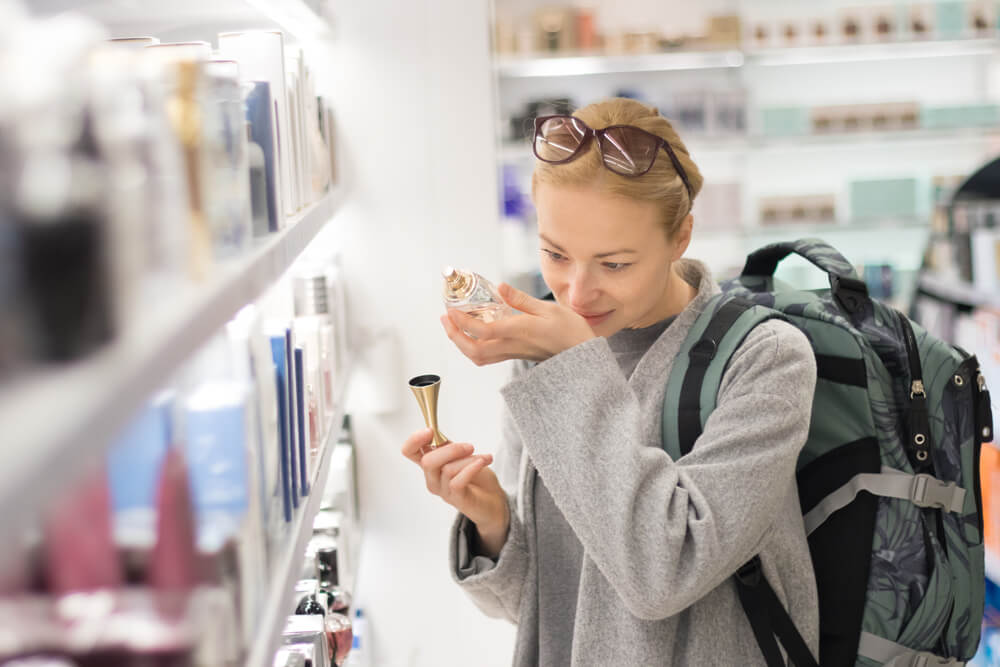 A Guide to Stores and Shops at LAX Terminal 5 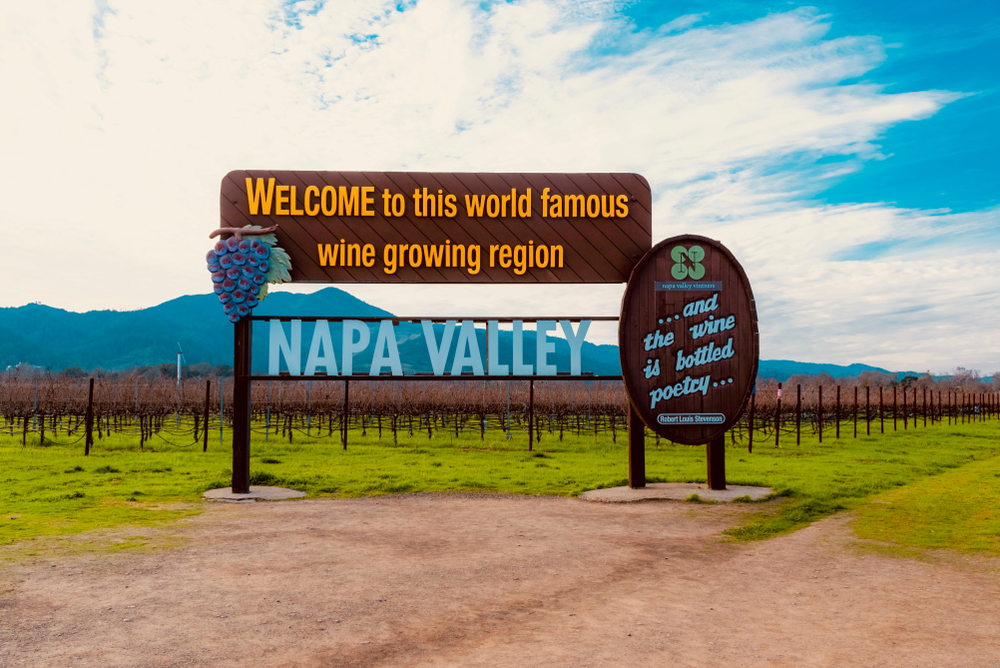 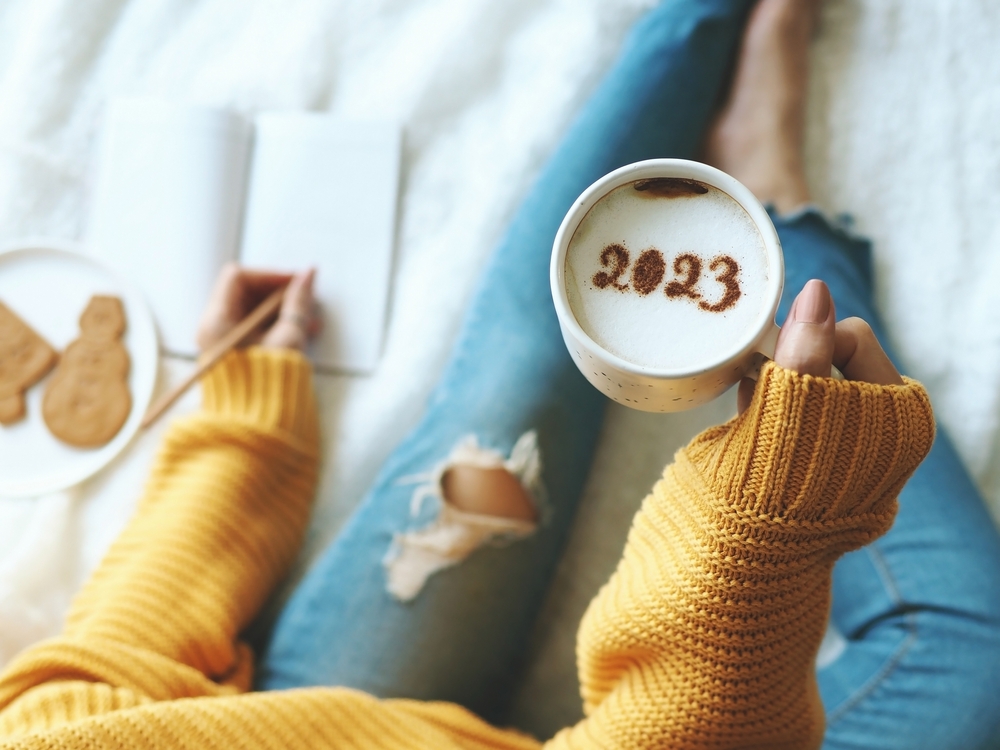