Rivian R1T- All You Need to Know Before You Buy 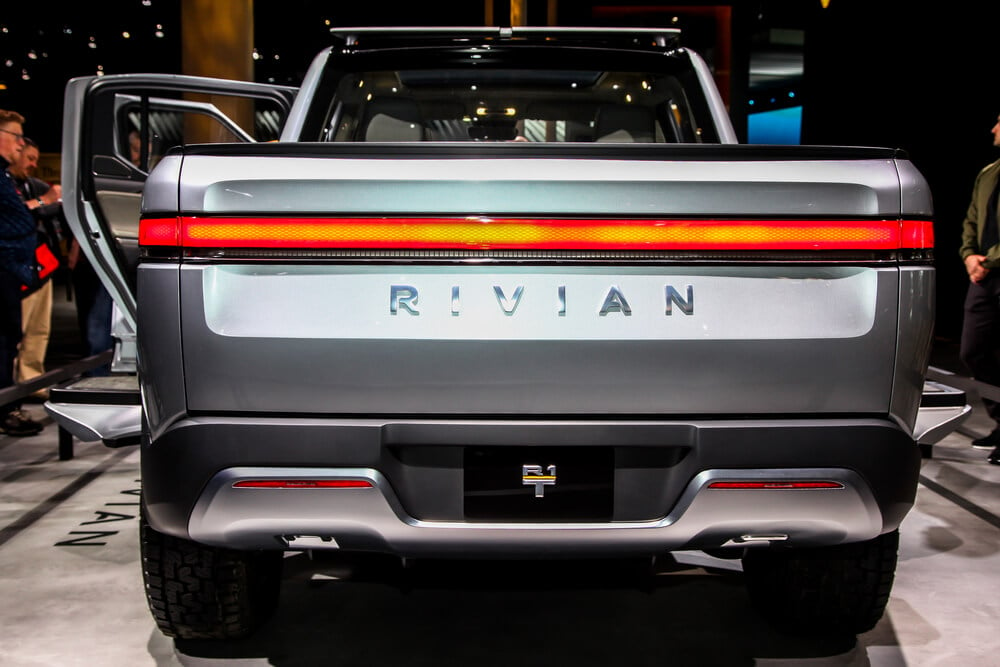 It’s been hailed as the truck market game-changer. Even when Tesla’s Cybertruck was just a concept, an absolutely real, production-ready electric truck was developed in Normal, Illinois. Enter the Rivian R1T! Before you rush off to book your own Rivian R1T, here’s what you need to know. R1T is the first electric truck to enter production in a market that will soon consist of the Ford F-150 Lightning and the GMC Hummer EV SUT.

So what is the Rivian R1T?

The Rivian R1T is a battery-powered, all-wheel-drive light-duty pickup truck. It is equipped with four electric motors, one on each wheel, which create 800 horsepower (600 kW) and delivers 900 ftlb (1,200 Nm) of torque. It also has a projected range of 314 miles. 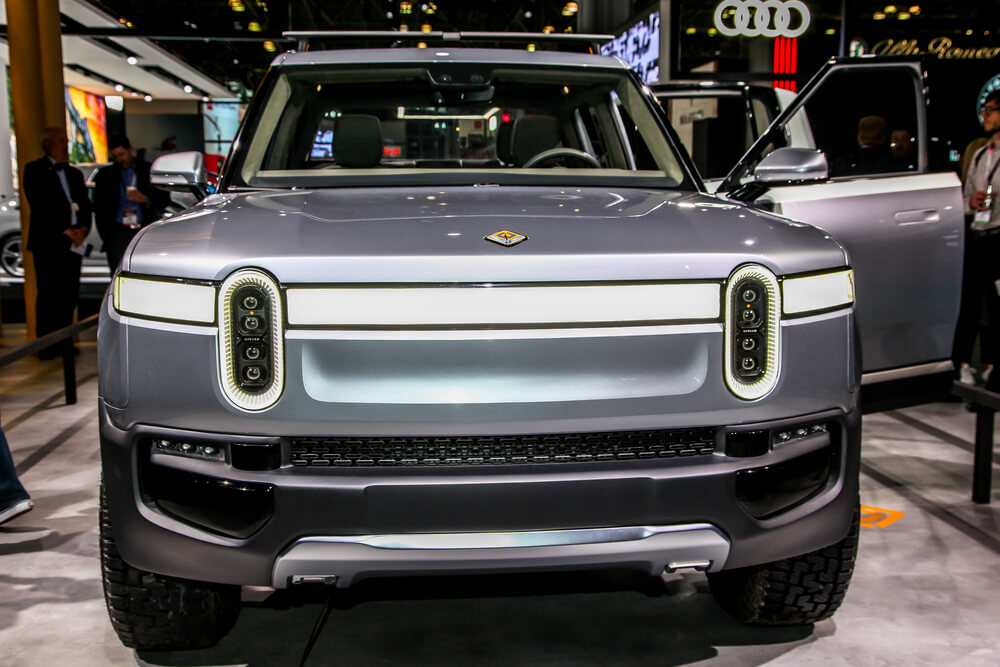 How big is the Rivian R1T?

The crew-cab-only R1T is 215.6 inches long. This puts it somewhere between mid-size pickups like the Ford Ranger and full-size vehicles like the Ram 1500. The R1T is sold directly to consumers. However, the company plans to establish a network of service facilities and Tesla-style stores.

A little bit of Rivian history

By September 2016, Rivian was in talks to purchase a Mitsubishi Motors manufacturing plant in Normal, Illinois. Rivian paid $16 million for the plant and its contents in January 2017. And thus, it became Rivian’s principal North American manufacturing site. The company is headquartered in Irvine, California. 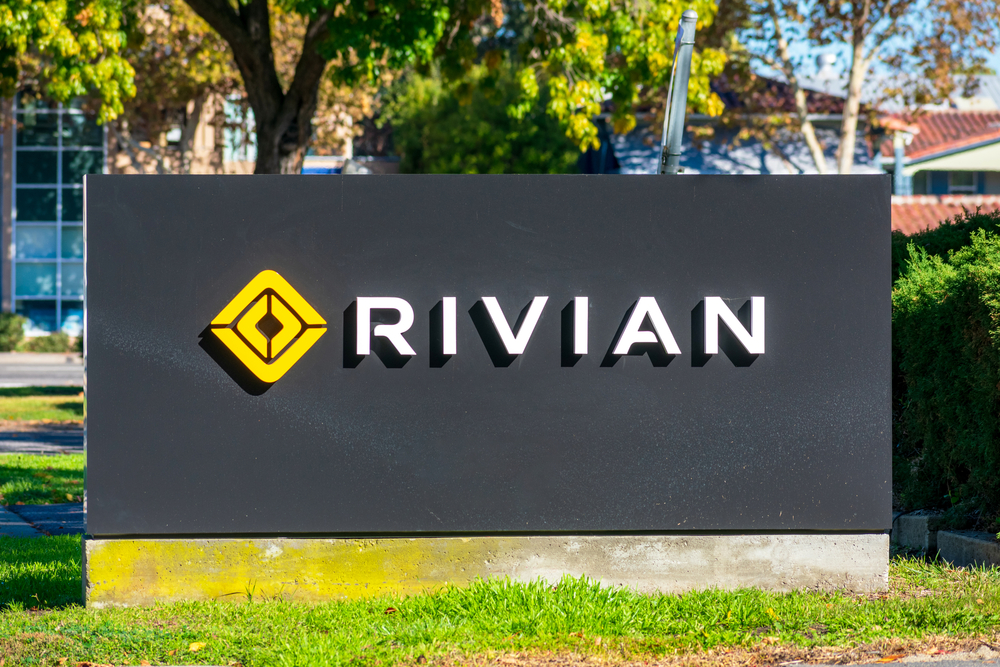 Rivian introduced their upcoming truck in May 2018. Its working name was A1T, but in November 2018, they relabeled it as the R1T. The 2018 concept design was envisioned to be off-road competent, with 14 inches of ground clearance and an 800HP [600 kW; 810 PS] electric motor, with the most expensive variants meant to travel roughly 450 miles (720 km) on a single charge. Early prototype testing revealed that the vehicle could speed from 0–60 mph  in under 3 seconds, wade through 1.1 m of water, and even climb a 45-degree incline. Whew!

These design goals were mainly met with the 2021 production vehicle delivery. Rivian stated that the vehicles’ autonomous characteristics were designed to allow “car-sharing.” It was then announced that the manufacture of the Rivian R1T would commence in 2020.

The world sees what the Rivian R1T is like

In the summer of 2021, MotorTrend journalists became the first to cross the Trans America Trail in an electric vehicle. They crossed 7,686 miles of terrain, including rocks, dirt, gravel, and sand, in the truck’s stock R1T pre-production version.

The first customer truck rolled off the assembly line and was delivered to a customer in September 2021. The Rivian R1T was initially available with three distinct battery sizes: 105 kWh, 135 kWh, and 180 kWh. The smallest battery in the Rivian R1T has a range of 230 miles, the medium battery, a range of 314 miles, and the largest battery will have a range of over 400 miles. Additional batteries can be installed in the truck’s bed to increase range. If no charging infrastructure is available, such backup/auxiliary batteries can be charged by another R1T.

How much does the Rivian R1T cost?

However, inflation, a rise in the cost of raw materials and parts, and a prolonged chip shortage forced the company to increase prices.

Where can I buy a Rivian R1T?

Rivian, like several other electric vehicle firms, avoids the franchised dealer model in favor of selling directly to customers. 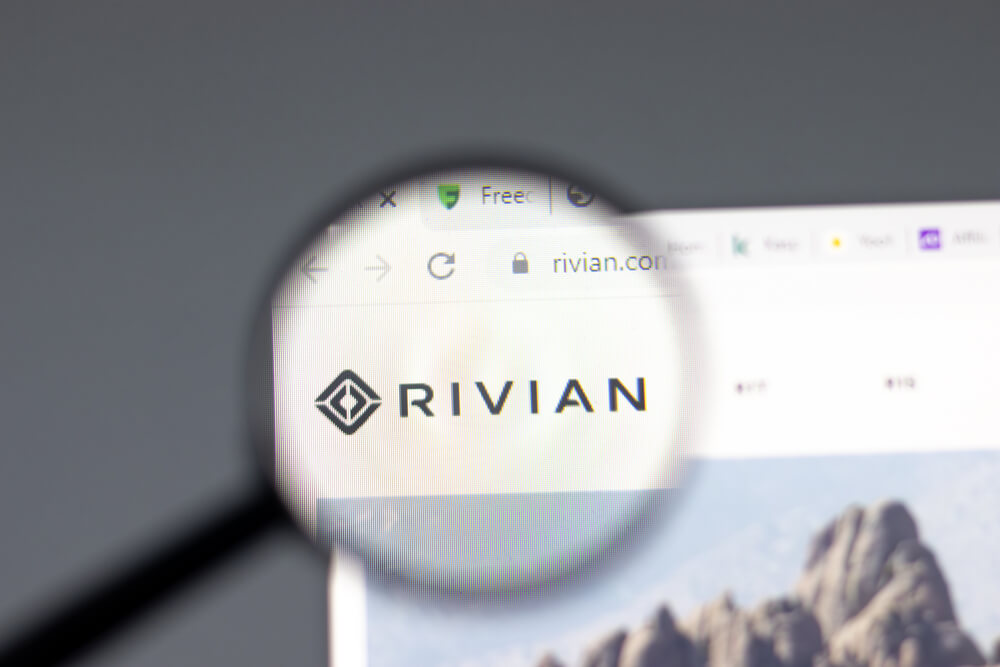 Customers can schedule a test drive, place an order, or seek service on the Rivian R1T pickup truck or R1S SUV on the Rivian website or by contacting a service line. A Rivian Guide meets the consumer at the start of the shopping experience. It stays with them throughout the purchase process.

When can I buy a Rivian R1T?

The company is currently filling its pre-order backlog. Clearing this backlog of orders will take place till the end of 2023.

All’s not doom and gloom, though! There is good news. Rivian intends to ramp up production as soon as feasible. The manufacturer intends to boost the number of vehicles produced at its Normal, Illinois plant to 200,000 units by 2023.

How many Rivian R1T have been delivered?

By the end of 2021, the company had delivered around 920 vehicles. The company has given a conservative estimate for this year. It would only be able to build 25,000 vehicles this year due to the global supply chain issues plaguing the manufacturing industry.

How much does the Rivian R1T weigh?

How long does it take to charge a Rivian R1T?

Rivian plans to install over 3,500 DC rapid chargers at 600+ locations in the United States and Canada by 2023. These quick chargers can provide up to 140 miles of driving range to a Rivian in 20 minutes.

The company claims that for the R1T and R1S, a 240-volt outlet can give up to 16 miles of charge per hour.

Is the Rivian R1T 4-wheel drive?

Rivian first debuted the R1T and R1S as all-wheel drive EVs in 2018. The Rivian 2022 R1T also comes standard with an all-wheel drive. But it is configured differently than the Tesla Model X. Each wheel is driven by its own electric motor.

How does the R1T drive?

Experts opine that a pickup truck with big off-road tires has neat, flat cornering. Consider how it might feel with the optional 22″ sports wheels. It has a good cornering grip, yet it’s also smooth and sophisticated to drive.

Conventional is one word that comes to mind when looking at the R1 T’s interior. That said, the cabin design is likely to remind you’re a high-end Volvo than a standard truck. It looks elegant with high-quality, long-lasting surfaces throughout. The dash is made of real wood that has been sourced sustainably. 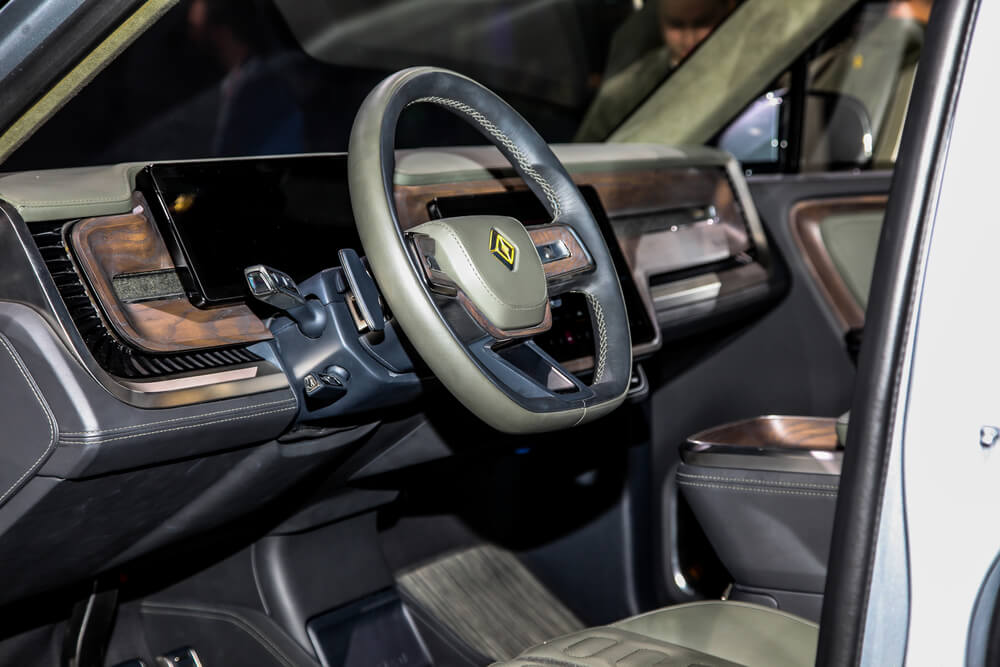 It’s pretty roomy, too. It can seat 4 adults quite comfortably. The two front bucket seats are separated by a center console, while the three-across rear bench includes a fold-down armrest and roll-door access to the gear tunnel. Two small doors on the flanks behind the rear passenger doors open to reveal a storage compartment that spans the truck’s width. There’s also an optional Camp Kitchen feature. It’s a slide-out pod with convection burners, utensils, and even a grey-water system, which can also be housed in that tunnel!

With a locking, motorized tonneau cover and another cargo bay beneath the hood, this truck has to have the most hidden storage of any truck ever produced.

Are there any Easter eggs in the Rivian R1T?

Of course, there are! A bright rechargeable LED flashlight is hidden in the driver’s, and a rechargeable portable Bluetooth speaker is buried beneath the center console. The wireless charging pad is covered in tiny Rivian logos.

The R1T is genuinely a massive all-American accomplishment. The amount of thought and purpose that has gone into building this truck is mind-boggling. Especially when you consider that it’s the first vehicle from a start-up! Go for it if your budget and needs match what the R1T offers. Oh, and also, if you don’t mind waiting a bit!

P.S. Make sure your Rivian R1T is completely protected with all the coverage it needs by getting your free auto insurance quotes from Way.com.

Previous Post : « What Is APR On A Car Loan and How Is It Calculated?
Next Post : Morgan Wallen Concert 2022: Lineup, Schedule, and Parking Info »