Rolling Loud Cali 2023: All You Need to Know 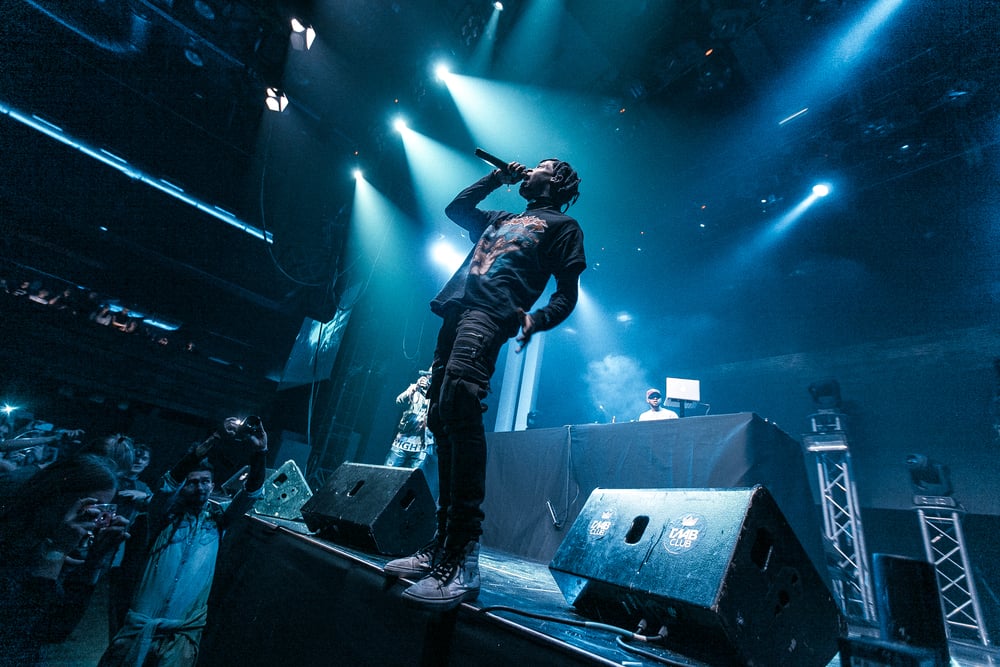 After Miami and NYC, the biggest hip-hop festival in the country is headed to SoCal this year. Inglewood will host Rolling Loud Cali 2023 in March. Got your tickets yet? Let’s plan your weekend at the festival. Keep reading for the event schedule, lineup, tickets, cheap parking near SoFi Stadium, etc.

Since its debut in 2015, Rolling Loud has become a much-anticipated music event with multiple global editions. The popular hip-hop festival has fans in Europe, Australia, and Canada and is heading to Thailand soon. 2023 also marks the festival’s debut in Inglewood, three months ahead of the Miami dates. So, here’s your chance to catch all the action at Rolling Loud Cali 2023 – start planning your weekend in SoCal.

What is Rolling Loud?

Rolling Loud’s been making waves since its first edition in 2015. Not always for the best reasons, but it’s still making headlines as a consistently growing hip-hop music festival in the US and featuring some of the best artists in the genre.

Matt Zingler and Tariq Cherif founded Rolling Loud in 2015, and the first edition was in Miami. The venue, Soho Studios in Wynwood, temporarily flooded during the event. The next year, Rolling Loud Miami moved to Mana Wynwood Convention Center, featuring Young Thug, Ty Dolla $ign, and Future on the lineup. Downtown Miami’s Bayfront Park was the venue for the 2017 edition. The same year, the event expanded to more locations within the US.

When and where is Rolling Loud Cali 2023?

In 2023, Rolling Loud returns to SoCal with its debut edition in Inglewood.

Summer of 2023 will also host the inaugural editions of the festival in Thailand and Germany. Additionally, Rolling Loud Miami is returning to the Hard Rock Stadium on July 21-23, 2023.

Who is performing at Rolling Loud Inglewood?

Playboy Carti, Travis Scott, and Future headline the Rolling Loud Cali 2023 lineup with Lil Wayne as a special guest on the final day – Sunday, March 5. Check out the full list of artists performing on each day below:

*Lineup, schedule, and other festival rules are subject to change at the organizer’s discretion. Check the official festival website and social media feeds for up-to-date details.

How much is a Rolling Loud Cali 2023 ticket?

Ticket rates start at $329 for 3-day general admission, while GA+ tickets will cost you at least $479. Both GA and GA+ tickets are available for ages 16+. GA+ ticket holders get perks like expedited entry and air-conditioned restrooms.

Rolling Loud Cali 2023 3-day VIP ticket rates start at $849 and are available only for ages 18+. Apart from access to front-row viewing and shaded seating areas, VIP ticket-holders also have access to a private bar and food vendors. But if you are big on the food and drinks, a $999+ VIP Munchie pack ticket will get ten meal tickets and all the other VIP perks.

There are multiple tiers for each ticket type – however, all tiers offer the same amenities. The lowest tier has the best ticket rates. Tickets to Rolling Loud Cali 2023 do not include festival parking; pre-book it online for a guaranteed spot at nearby lots.

Note: Single-day passes and upgrades/downgrades are not available.

Don’t let event parking leave you in a tight spot – the Way out is right here on your phone! Book the best parking spots anywhere in your city at unbelievably cheap rates.

Where to stay near Hollywood Park Grounds?

Check out these hotels nearby for a good deal:

Official festival parking is limited, and the event organizers recommend pre-booking your spot with Inglewood Park & Go. They have remote parking locations with shuttle service to events at Hollywood Park Grounds and other venues nearby.

Event parking rates at these lots are comparatively expensive due to high demand – it will cost you anywhere between $30 to $50 and an additional $8 per person for the shuttle. Drive-up rates are even higher, and shuttles aren’t ADA-compatible. At $25 – $35, Arbor Vitae Lots in the neighborhood is a cheaper option. On-site parking at Hollywood Park Grounds will cost you around $60.

Don’t worry about finding cheaper parking near SoFi Stadium. While planning your weekend in Inglewood for Rolling Loud Cali 2023, pre-book your parking spot when buying your festival tickets. The sooner, the better – parking rates peak as you get closer to the event dates.

How about $29 for 12 hours of parking in Inglewood – in a safe and well-maintained garage with the latest amenities for a hassle-free parking experience? Check out more event parking deals near SoFi Stadium on apps and websites like Way.com to save more and have a stress-free weekend.

Upgrade to a smarter way to own a car with the Way App!

Trust us to find you the best gas  discounts, EV charging near you, auto insurance, auto refinance, and more with our all-in-one app! We’ll also help you find and book the best parking and car washes near you.

Plus, keep all your important car documents – insurance, DMV registration with auto-renewal, and more – in one place for added convenience.

Previous Post : « West Virginia Driver’s License: A Comprehensive Guide
Next Post : The Ultimate Guide to All the Stores in LAX Terminal B »