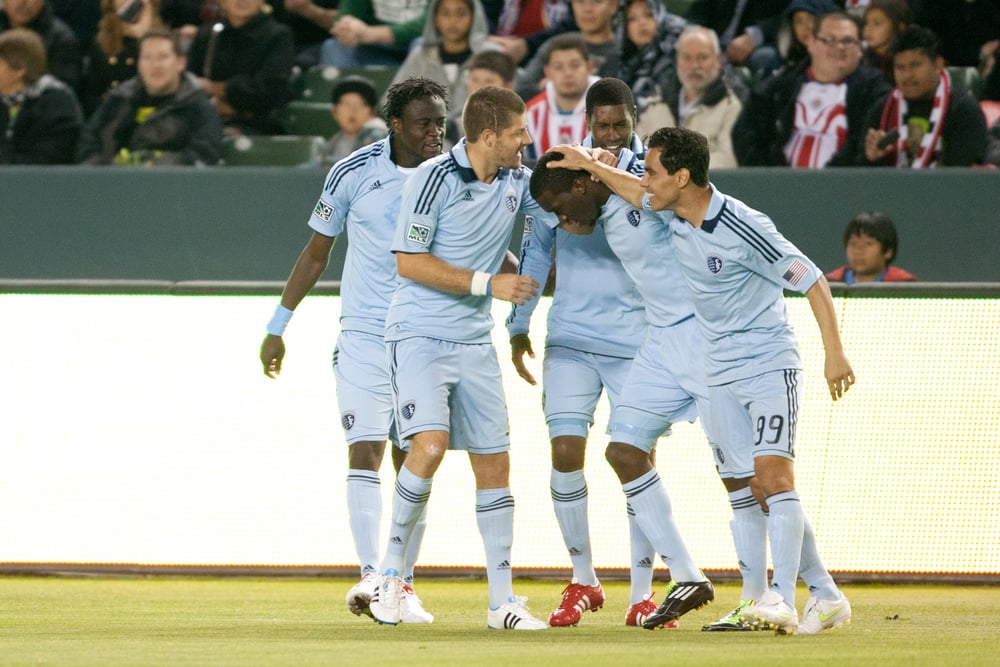 Founded by Lamar Hunt in 1995, Sporting Kansas City is one of the major sporting franchises in Kansas. Unfortunately, the team is in trouble now, as they are at the bottom of the conference table. This was a surprise for a team that won the conference just two seasons ago.

The team from Kansas Metropolitan area has tasted success in the recent past. But this season, they have been spiraling down the table since the beginning. Sporting KC also has a reserve team and a fully functional academy. The reserve side Sporting Kansas City II plays in the USL Championship.

Rebranding of the franchise resulted in renaming the team as Sporting Kansas City and a change in home ground. As a result, the trophy cabinet is filled with Lamar Hunt US Open Cup trophies. Apart from four of those, the team has been champions of the MLS in 2000 and 2013. They also won the Supporters Shield in 2000.

Who are the owners of Sporting Kansas City?

Where is the home stadium of the SKC? 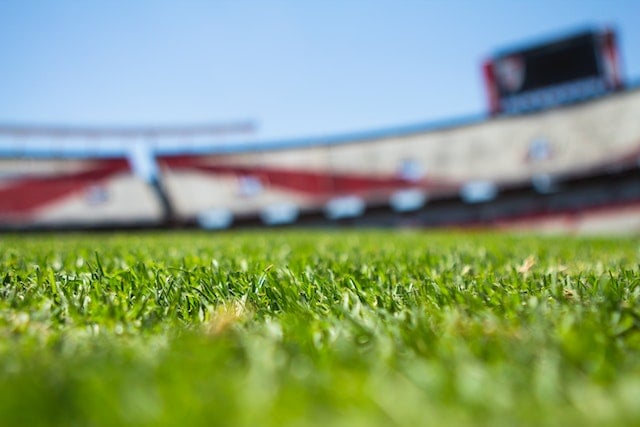 During the first two years, it was named Livestrong Sporting Park and Sporting Park till 2015. The playing surface is a natural grass turf and can accommodate more than 18,500 Sporting Kansas City fans during MLS games. For other events like concerts, the seating capacity is around 25,000.

When the team was still Kansas City Wizards, they also played at the Arrowhead Stadium and CommunityAmerica Ballpark.

How much are the SKC tickets?

Season ticket holders have special perks, unlike others. The hardcore fans who want the season ticket have multiple options to choose from. The basic plan is Supporters Stand which will cost you $540 per season ticket, and you will have to pay more than $1200 for Shield Club membership. Other season ticket options include UMB Field Club, Premium Terrace Tables, and different stand tickets, including West, South, and East stand tickets.

The average cost of single game tickets is between $20 and $80. This may differ for each match and depending on demand. Buy your single-match tickets for the remaining Sporting Kansas City home games here. You can also get them from SeatGeek.

Apart from all these, you can get group tickets and other ticket packages and promos from the Wizards website. You can even get Sporting Kansas City tickets for away games from the team website.

What is the upcoming Sporting Kansas City schedule?

After their recent win against Portland Timbers at home, they will host San Jose Earthquakes for their last fixture in August. After that, there will be four games in September, beginning with an away fixture against the LA Galaxy.

During September, they will also face Houston Dynamo, DC United, and Minnesota United FC. Similarly, in October, they have a home game against the Seattle Sounders. Finally, in their last game of the regular season, Sporting Kansas City will hit the road to face off against FC Dallas.

For the completed schedule and tickets for the upcoming games, you can visit the Sporting Kansas City website or the official MLS website.

What is the current Sporting KC roster for this season?

Scottish winger Johnny Russell and Mexican Alan Pulido are the designated players for the current season. In addition, Gadi Kinda is the international designated player who is another integral part of the SKC squad.

You can find the Sporting Kansas City roster for the senior squad below. For the complete roster, you can visit the official club website.

How to get to Children’s Mercy Park

The KCATA public transit system has buses running with stops near the stadium. You can always take the KCATA 101 to get to the stadium on the Sporting Kansas City game days.

If you plan to drive to the Children’s Mercy Park, there are different routes to get there. From Downtown Kansas City, the fastest route is to take the I-70 West. It is 16.2 miles long and will take you close to 18 minutes to reach the stadium.

A shorter route is to take State Avenue after driving via I-70 West, which is just 15.2 miles long. You can also reach the stadium in 19 minutes by driving through Beardsley Road and taking the I-70 West.

Is there parking at Children’s Mercy Park?

You can find some on-site parking lots in the Sporting Kansas City stadium. Some of these are designated for season-ticket holders and others for non-members.

Some of the major parking lots include NFM Lot 1 and Lot 2, Blue Lot 1 and 2, White Lot, Red Lot, and Hollywood Casino Parking. Here are a few things you want to know about parking at the Kansas City Sporting stadium.

Can I tailgate at the Sporting Kansas City Stadium?

Yes. You can tailgate at all the general admission parking spaces in the stadium. But make sure your vehicle stays in only one parking space.

How can you reduce the Children’s Mercy Park parking cost?

You can always find cheap parking alternatives for the Sporting Kansas City home games. The official parking facilities are always in high demand. Even if you manage to get a spot, getting to your designated spot is a long process through the long line of cars. 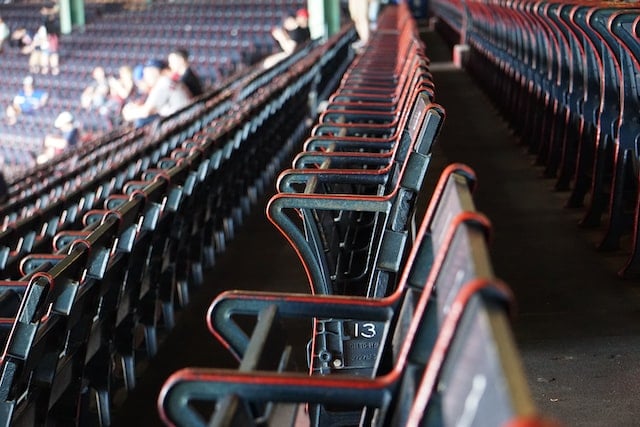 You can always find better rates at on-street and private parking facilities, including lots and garages. Most of these off-site facilities are located very close to the Children’s Mercy Park, and you can easily find them if you know where to look.

Where can you find street parking for Sporting KC home games?

Even though it is located near the Kansas Speedway, the Sporting KC stadium does not have many street parking spaces. Some of the closest off-site parking facilities are located about 25 minutes from the venue.

Most street parking spaces will be packed hours before the stadium gates open on a major game day or during a concert. Also, the penalties will be huge if you commit a parking violation at these on-street spaces.

Even minor violations will result in hefty fines in the form of parking tickets. So it is better to find a safe parking space which is also cheap.

What are the cheap Sporting Kansas City parking options near Children’s Mercy Park?

Off-site parking garages are cheap and safe compared to on-site and street parking options. You can find many parking garages near Children’s Mercy Park, which are within walking distance from the action. 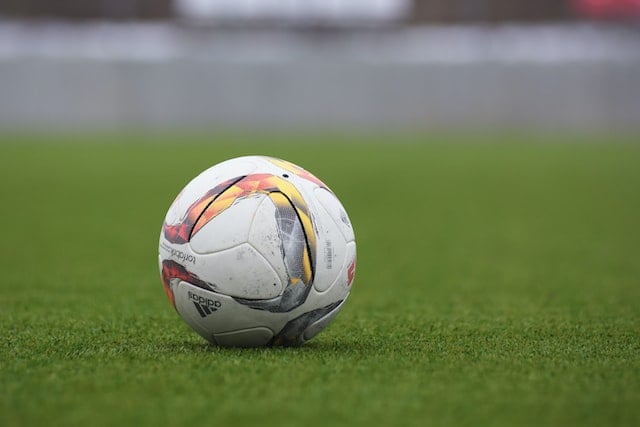 You can get premium parking features at discounted rates in these off-site lots and garages. Some of these include valet parking, covered parking, and accessible parking. You can easily pre-purchase a spot for your car and do not have to waste time in the traffic on game days.

Additionally, some of the lots have security personnel, lot attendants, and even camera surveillance. These will make sure your car is safe in the parking lot.

Once you have decided to get an off-site parking facility, it is easy to find one. You can use a parking service like Way.com to find all the nearby off-site facilities in minutes. Search for your location in the Way app, which will list all nearby parking garages, the features they offer, and the charges.

After choosing a garage, input the entry and exit times according to the Sporting Kansas City game. Pay the corresponding parking fee and now you have a guaranteed parking space for your car.

Previous Post : « Texas Catalytic Converter Theft Laws: What You Should Know
Next Post : 34% of Americans Having Tough Time Paying for Auto Insurance »