Is the Tesla Roadster Delayed until 2023? All about the Most Hyped Tesla! 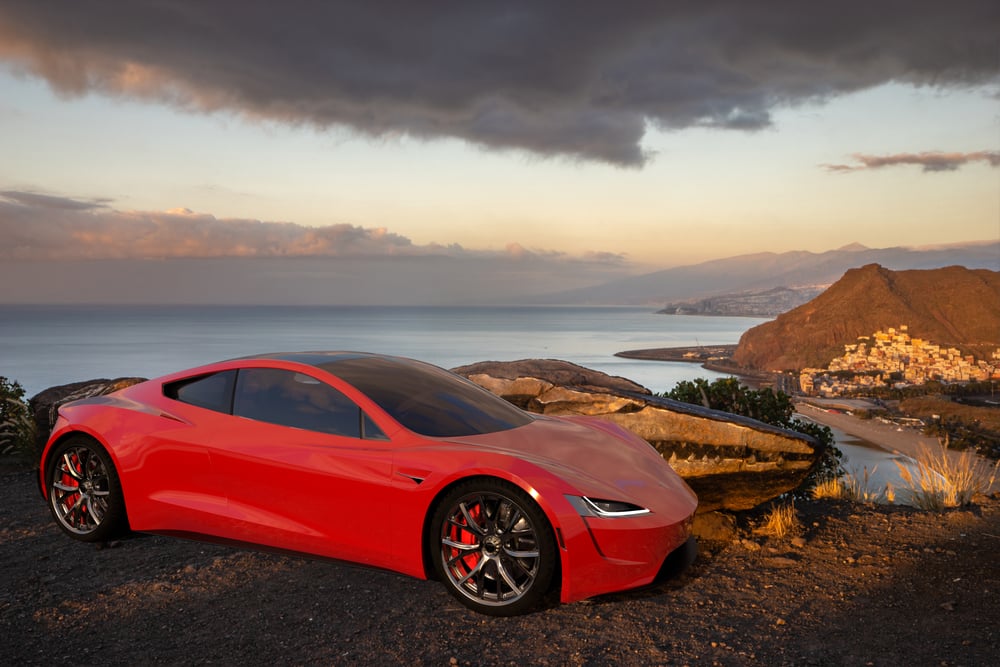 The second-generation Tesla Roadster has been creating a buzz around the world for quite some time now. But the biggest question is its launch date. Is the Tesla Roadster delayed to global supply chain disruption? We’ll see all details about the Roadster in this article.

To say that introducing the Tesla Roadster in 2008 was a turning point in the history of electric automobiles would be an understatement. The first-generation Roadster was Tesla’s initial effort at creating an electric vehicle and transforming the world with it. Its demonstration of the potential utility of a high-performance electric vehicle drew a sizable crowd. The first-generation Tesla Roadster went from 0 to 62 mph in 3.9 seconds. It was built on a Lotus platform and was powered by AC Propulsion’s famed drivetrain technology.

The Tesla Roadster second-generation is a four-seater battery-powered sports car that was announced way back in 2017. The Roadster explores the capabilities of aerodynamic engineering. Tesla says that this level of aerodynamic engineering contributes to top-level fuel efficiency and performance. Another important feature is the presence of a removable glass roof that offers a roomy driving experience.

The quickest car in the world, as Tesla claims, the Roadster can easily zoom up to 250mph with 0-60mph in a matter of 1.9 s, with a wheel torque of 10,000 Nm, making it faster than any street-legal production car.

Now that you know what the buzz is all about, we’ll talk about the factors concerning the Tesla Roadster’s delay:

Is the Tesla Roadster delayed until 2023?

Although Tesla’s plan was to start the Roadster’s production in 2021, they have been unable to meet this timeline for several reasons, leaving enthusiasts feeling hopeless.

Netizens also argue that Tesla and Musk have made a habit of announcing delays followed by attempts to add fuel to the hype cycle. There have even been instances where Tesla has cut down on announced features in this time gap. Enthusiasts fear the same with the case of the Roadster as well.

For example, The Tesla Model Plaid S+ was scrapped right before its debut in 2021. The much-hyped Cybertruck and the Semi are also in the production line, just like the Roadster.

However, Tesla CEO Elon Musk took to Twitter to announce that crazy supply chain shortages had hit production due to the COVID-19 pandemic and that the Roadster would reach their new homes by 2023. Now that we’re nearing 2023, we can expect the Tesla flagship to hit the roads soon. Thus, we can say that Tesla is no stranger to delays, including their Gigafactory expansion plans.

How much does a Tesla Roadster cost?

The Founders Series model starts at a whopping $250,000 with a reservation. For obvious reasons, potential car buyers would worry about being kept waiting after paying such high reservation fees.

Elon Musk has also announced a special SpaceX package with better braking, cornering, and top-speed capabilities enabled by cold air thrusters surrounding the car. Musk claims that this special edition of the Roadster takes the car from 0 to 60 in a matter of just 1.1 seconds. Just unbelievable!

The delays and the manner in which the Roadster was presented cast serious doubt on Tesla’s ability to fulfill the fantastical claims it made when the Roadster was introduced in 2017. Having said that, Elon Musk is not somebody whom we must give up on. And after waiting for so long, we’re crossing our fingers that Tesla finally delivers a car that’s truly spectacular.

Do not forget to buy auto insurance for your present car while you wait for your dream Tesla to arrive. With Way.com at your side, you can find the cheapest insurance in the market. Click here to get a free quote.

Previous Post : « What Is the Average 2-Car Garage Sq Ft?
Next Post : Time Taken to Drive One Mile: How Many Minutes Is a Mile? »