VTM-4 Light on Your Honda Pilot: Should You Be Concerned? 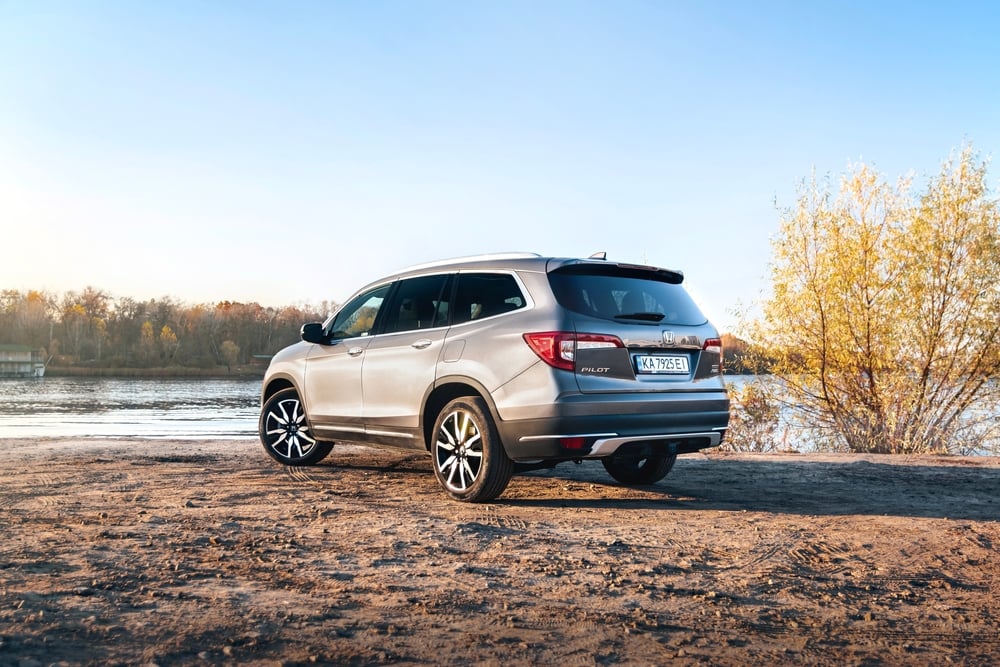 If you’ve spent a considerable number of years behind the steering wheel of a Honda Pilot, you have likely come across a plethora of warning lights. Usually, they are warnings for periodic maintenance and oil changes. However, they can also mean something is wrong with your Honda Pilot. One such warning light is the VTM-4. We’ll see in this article what the VTM-4 is all about in detail.

VTM-4 is Honda’s Variable Torque Management 4-Wheel-drive system. The VTM-4 system controls the level of torque to the rear wheel of your car in situations where additional traction is needed to get your car out of the terrain.

It is a lightweight All-Wheel-Drive system that uses a single-speed torque transfer unit directly connected to the transaxle and two electromagnetic clutch packs attached to both sides of the rear differential.

To sum it up in simple terms, the VTM-4 mechanism kicks in whenever your Honda Pilot is stuck or on the verge of getting stuck.

How does the VTM-4 System work?

In its automatic mode, the VTM-4 works in two different ways.

On normal terrain, the system disengages the rear clutch packs so that the full engine power is left to run the front wheels alone while the rear wheels spin freely, making the vehicle more fuel efficient.

However, if the VTM-4 system notices that some wheels are turning faster than others or there is a situation of wheel slippage, it works differently. The rear clutch packs will lock and send power to the rear wheels to attain maximum traction.

The system also activates when the vehicle is stuck or experiences slippage in rocky, snowy, sandy, or muddy terrains. In addition, the rear clutch packs are also made active to help maximize traction while navigating tricky off-road terrains.

When a driver activates the VTM lock on their own, the system does not wait till the event of slippage, and the clutch packs are engaged right from the beginning. This is recommended while going deep off-road. However, this method is not put into use while driving through smooth surfaces as it would damage the axle.

The iVTM-4 system is a combination of two other existing Honda technologies, which are the VTM-4 and the Active Torque Transfer System (ATTS).

Can I turn off the VTM-4 system in my car?

No. The VTM-4 is always on, and it is not possible to turn off this feature. Nevertheless, the driver can engage or disengage the VTM-4 lock to negotiate different terrains.

How to engage the VTM-4 lock

How to disengage the VTM lock

However, keep in mind that the lock disengages itself when it detects that the car is speeding beyond 18mph (30kmph) and automatically engages when it slows below 18mph. Nevertheless, the lock button will continue to glow during this time.

Once the lock is disengaged, the car goes back to its normal automatic VTM settings

What does the VTM-4 light mean?

A glowing VTM-4 light essentially means that the torque management system of the car is now active to help the car traverse the difficult terrain it has come across. Therefore, there is no need to panic about it.

However, if the VTM light continues to glow despite the car being in a normal road/track condition, it indicates that the VTM-4 lock is engaged. If so, you could seriously damage the rear differential while taking turns. There will also be vibrations and strange noises in the vehicle as a result.

The VTM light can also turn on due to under-inflated tires, faulty knock sensors, or rear differential damage. It can also light up due to emission errors. In this case, replacement of the EGR valve is usually sought.

Damage in the knock sensors near the intake manifold area usually occurs due to animals nesting there. Therefore, don’t forget to keep an eye on that area.

How to fix the VTM-4 light?

As already mentioned, the VTM system on the Honda Pilot is completely automatic and does not require any driver input. However, at events when the light turns on unexpectedly, like when you’re driving on a highway, follow these steps to turn it off

You can also try pressing and holding the VTM-4 button on the dashboard if the car is in running mode.

The light must have gone off by now. If not, it’s better that you take your car to the mechanic to get it resolved.

Find the best insurance for your Honda Pilot via Way.com

Although the VTM-4 is a great feature that helps you get out of tricky situations at times when your car is stuck, getting insurance helps you get out of expensive bills if your car’s VTM mechanism fails to work. Find the best quotes for your Honda Pilot via Way.com to avoid getting stuck with huge bills.

Previous Post : « Guide to New Orleans Saints Home Games at the Superdome
Next Post : How Much Does a New Car Key Cost »